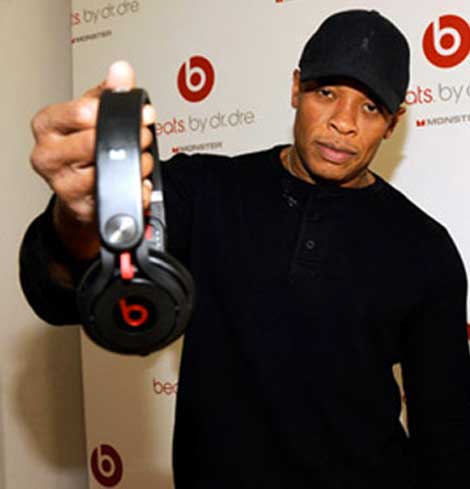 Brand It and They’ll Buy It!

HSK Exclusive – Dr Dre is making more money from his Beatz By Dre than he ever did from his actual beats! Know why? A pair of Dre’s headsets go for an average of $300, but they each cost under $5-bucks to manufacture in China!

“Just a few years ago, spending $300 on headphones was something only a handful of artists, music producers, and audiophiles would even consider. But that was before a hip-hop legend got involved.”

“Dre is making so much money off headphones making music is secondary.

This headphone craze is like the 80’s Walkman craze … and when it’s over Dr Dre and Jimmy Iovine will be the only winners.”