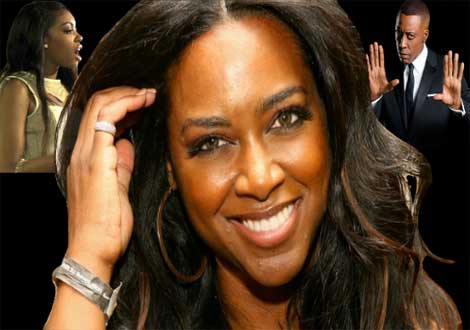 “There had to be an opening for the railroad at some point ‘cause somebody’s driving the train.” -Porsha Stewart

The RHOA cast member made it a point to rehash Porsha’s moment of sheer stupidity, while kickin’ it with Arsenio.

“It’s almost hurtful to me to watch her be so dumb.”

“During a tour of Savannah, GA, the ladies stopped by the first African Baptist church in the nation and were informed that the location was once a stop on the Underground Railroad. After reminding her co-stars how important Black history is, she made a blunder that Bravo exec Andy Cohen will hopefully ask her about when the reunion show is taped.

Porsha, the granddaughter of civil rights leader Hosea Williams, wondered aloud how the “train” was able to travel underneath the church and how its “passengers” were able to board it. “There had to be an opening for the railroad at some point ‘cause somebody’s driving the train. It’s not electric like we have now,” Porsha said.

While Kandi Burruss and Phaedra Parks attempted to explain that the Underground Railroad was really just a network of abolitionists, Kenya Moore wasn’t so understanding about Porsha’s lack of knowledge. “Porsha is an embarrassment to her grandfather, his legacy, her family and most importantly, herself,” Kenya wrote in her most recent BravoTV.com blog. “It’s easy to laugh and call her dumb, but the reality is even more painful—WE have failed her.”