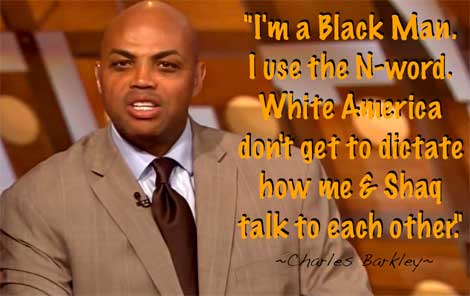 Charles Barkley says the last thing he’s gonna do is allow “White America to dictate” how he speaks with his friends … even if it involves the N-word. That’s why Barkley stands behind Matt Barnes — who was fined $25K by the NBA for tweeting the N-word, last week — saying “no apology [was] needed” by the Clippers forward. 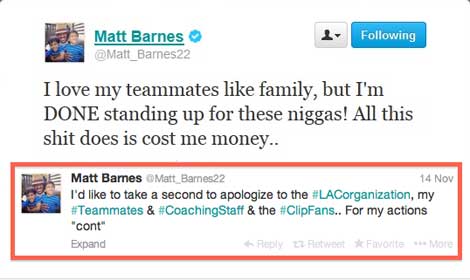 Barkley says the only thing Matt Barnes fudged on was taking locker room talk public, through Twitter … adding, “I’m a black man, I use the N-word. I will continue to use the N-word among my black friends and my white friends.”

Here’s what Charles Barkley had to say:

“I understand he should not have made it public. Listen, what I do with my Black friends is not up to White America to dictate to me what’s appropriate and inappropriate. Matt Barnes should not have said that publicly.

White America don’t get to dictate how me and Shaq talk to each other — and they have been trying to infiltrate themselves saying, ‘Well you guys use it, it’s in rap music.’ No, that’s not the same. As I tell my white friends, who I love like brothers, they say, ‘Well when is it appropriate?’ And I say, ‘If you use it around the wrong brotha, the next day you gonna hear the clocks at yo’ damn head.’ That’s when it’s inappropriate.”

“…not only on the court, but off. I was completely wrong for pushing Ibaka and then for what I tweeted following the altercation.

I’ve been doing this for too long to let my emotions get the best of me. My poor choice of words and timing do not reflect who or what I am about. It was very selfish on my part to make this situation about me instead of my teammates who fought their hearts out and earned a big win against a tough OKC team.
Now I could have taken the easy way out and said “My Twitter was hacked” — but that’s not what I’m about. I accept full responsibility for all my inappropriate action … and I’m truly sorry.” 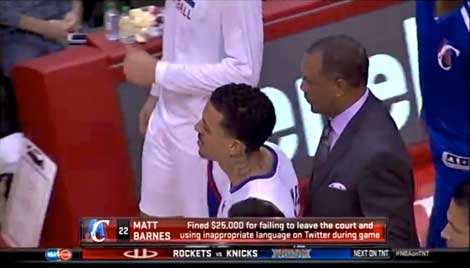