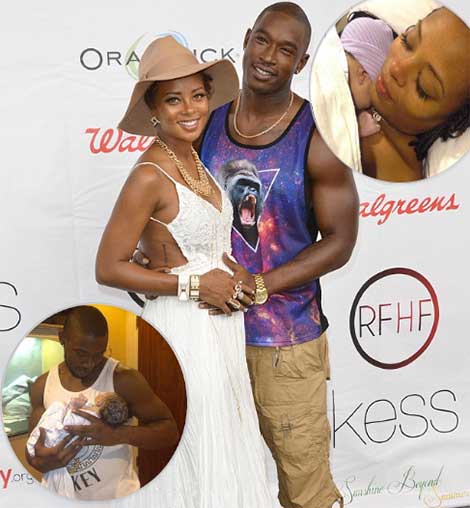 Eva Marcille has won full custody of her baby girl as her restraining order battle against baby daddy, Kevin McCall, continues. Only time will tell what a judge will ultimately decide as “a further hearing into the matter is scheduled for next month.”

“It is unfortunate that life has thrown a curve Into Eva’s life but as a responsible parent and adult she’s taking steps to ensure the safety and well-being of their child and herself.”

“She took out a restraining order against McCall last month after he allegedly went on a rampage in their home. She claims he kicked doors and even tried to steal their daughter from her arms. According to terms of the order he is banned from coming within 100 yards of them.”