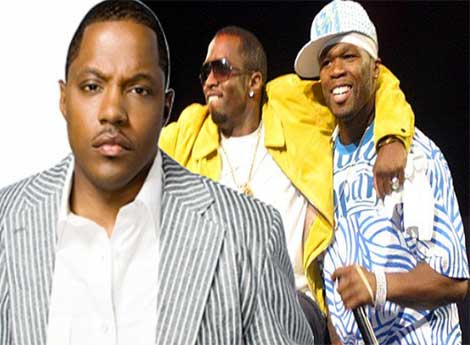 Fiddy’s recollection of his past dealings with Mason Betha’s Diddy (back in the mid-2000’s, when he had interest in bringing Ma$e to his G-Unit) aren’t exactly consistent with what the Harlem Shaker had to say a few months back. “Puff would tell you I got really, really paid,” Ma$e said, during a Hot 107.5 interview. “Puff wanna give me another check and I’m gonna take it.”

According to Fif, Puffy didn’t only pull a pimp move — putting Ma$e on the bidding block — he says Mr. ‘I got money hangin’ out the anus’ threw a wrench at Ma$e’s music career, when he shot down the million Fif was offering up.