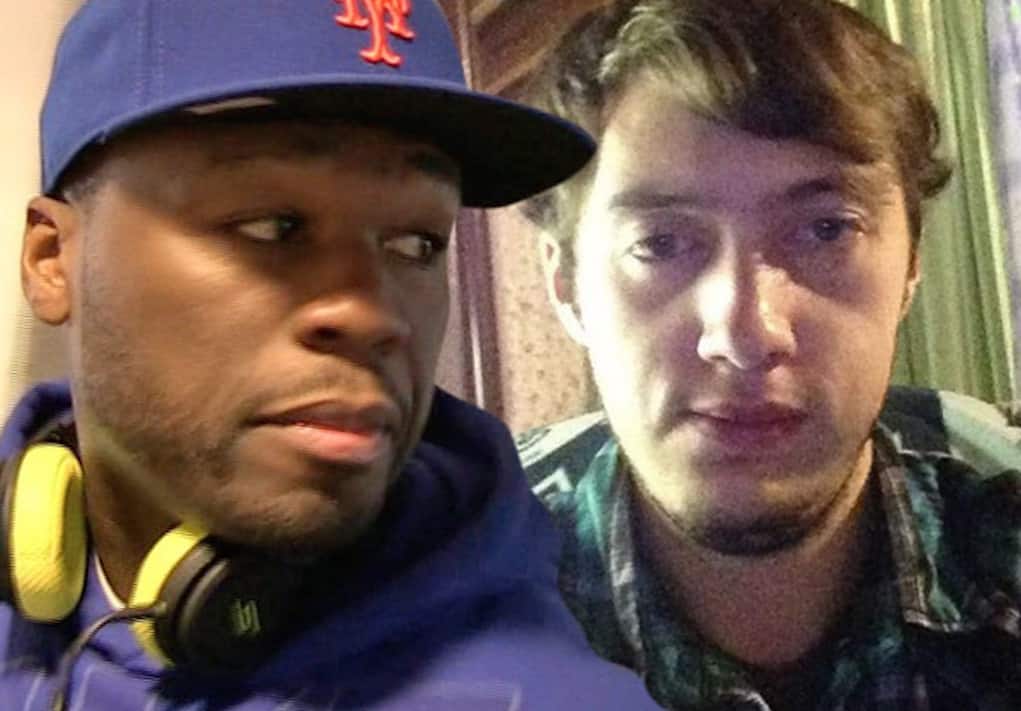 Andrew Farrell was just minding his business at Cincinnati/Northern Kentucky airport one day when 50 Cent came up to him and started bullying him.

Andrew, who works as a janitor, was pushing a cart full of cleaning supplies when 50 busted out with his cell phone and started to video tape him.

In the video which the rapper posted on his Instagram, 50 accuses Andrew of being “high,” and said his pupils were dilated. But Andrew suffers from autism and Asperger’s syndrome. He also has a hearing condition which forces him to wear a hearing aid.

Andrew’s dad Ken says Andrew has never smoked or drank alcohol a day in his life. He also says Andrew suffers from social anxiety, which is why he was non-verbal in the video.

The family now has a lawyer, but they haven’t filed a lawsuit because they’re worried about attorney fees. Instead, they want 50 to donate $1 million to Andrew’s GoFundMe page, and make a face-to-face apology.

You think this family’s out for a payday, or should 50 cough up the cash for being a jackazz?

The Farrell family must not know about the rapper’s current financial situation. Unfortunately, they’re gonna have to stand in line if they want that $1 million.

50 has yet to respond to the family, but he has since deleted the video from his IG.