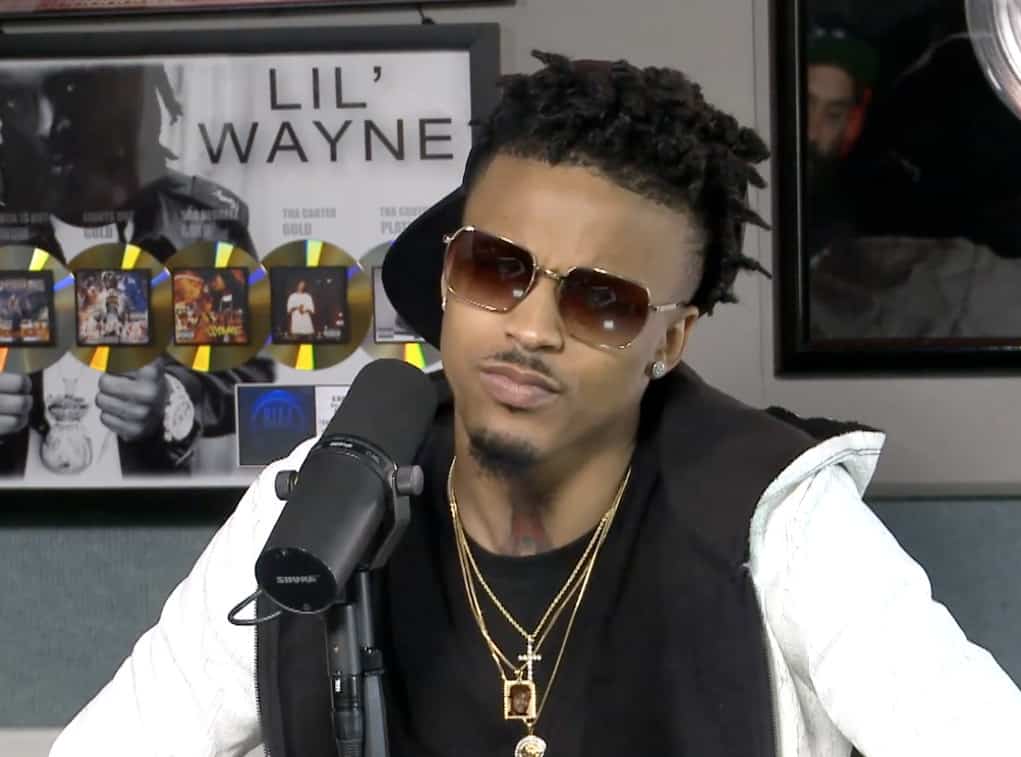 August Alsina received some very threatening texts from a member of his family.  Instead of not replying and waiting for his cousin to calm down, or calling him to talk things through, August took to IG to put his cousin on blast.

In the texts, the man makes some strong accusations against the R&B singer.

His cousin rants about Alsina being a changed man since his singing career has been successful, but then he goes off the rails and accuses the singer of being the one behind his own brother’s death. 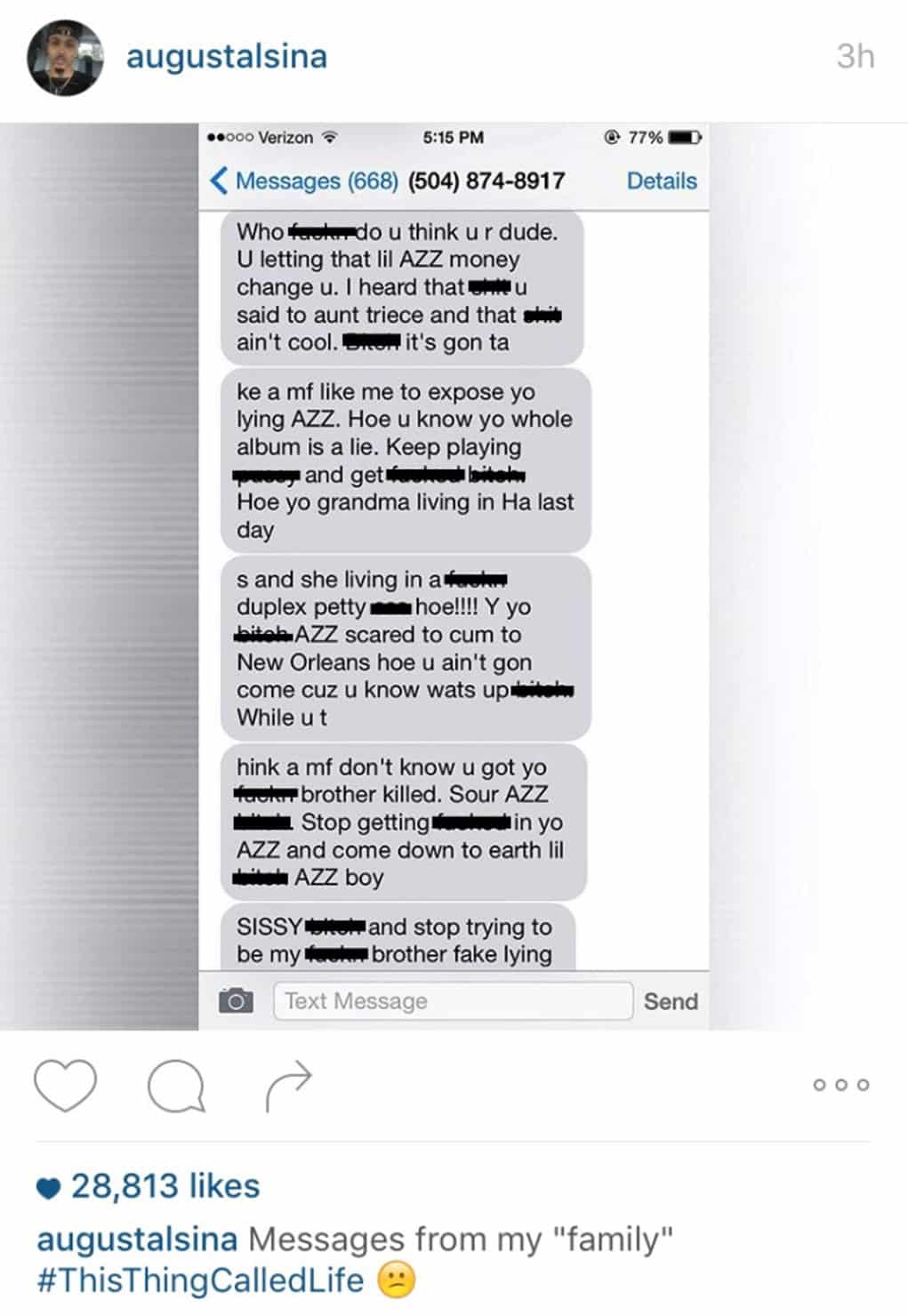 In 2010, August’s brother, Melvin LaBranch was gunned down and it became an unsolved murder, but Alsina’s cousin seems to know who was behind the shooting.

August put this conversation on Instagram and even included the phone number.  “PrinceCharming_xo” was getting harassed and doubled down on the claims that the singer was behind his brother’s murder. 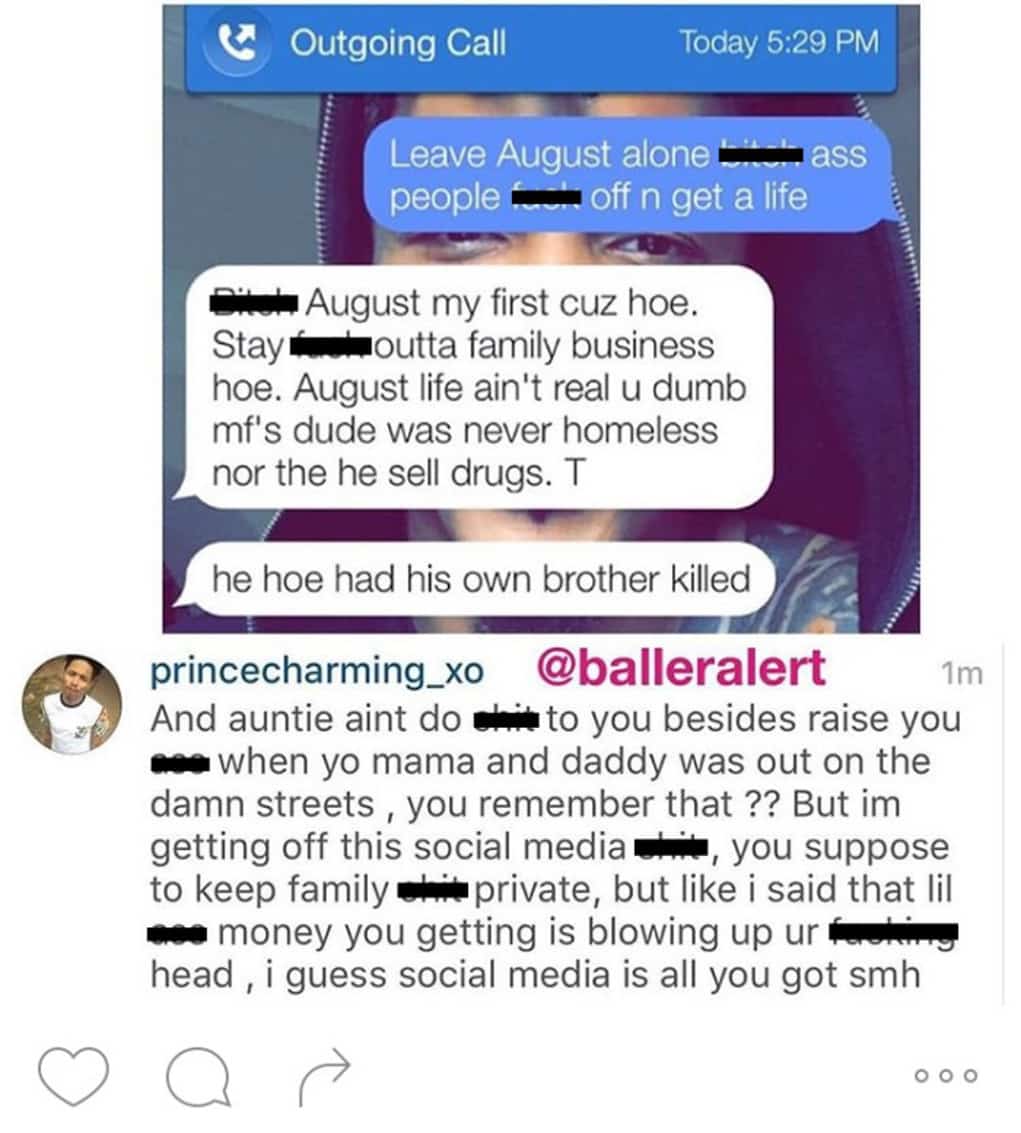