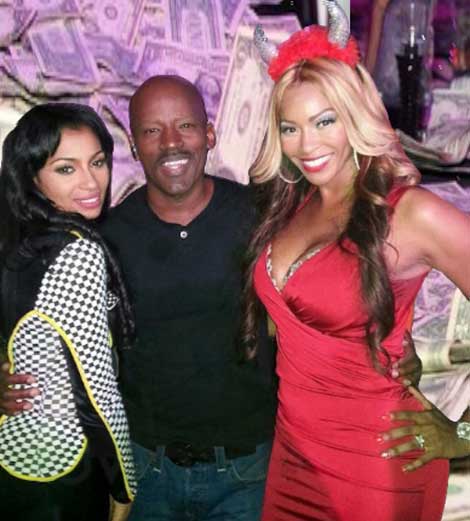 According to our tipster, the leading lady in the former Def Jam President’s life goes by the stage name “Pooh Pooh.” [Yup, that’s a first!] Anyway, we’re told she gets her hustle on between ATL’s Cheetahs and Follies Gentlemen’s Clubs.

This news comes as reports reveal the couple forked out five-bands on Karlie Redd — for the former LHH cast member to join them in the three-way sex session, in return. Know why? Sources say they were looking to land a lane to lead “Pooh Pooh” to land a spot in the LHH reality series.

Hiram’s known across Atlanta for smashing groupie women in his Artist Factory studio office, his wife divorced him and took all his money.”