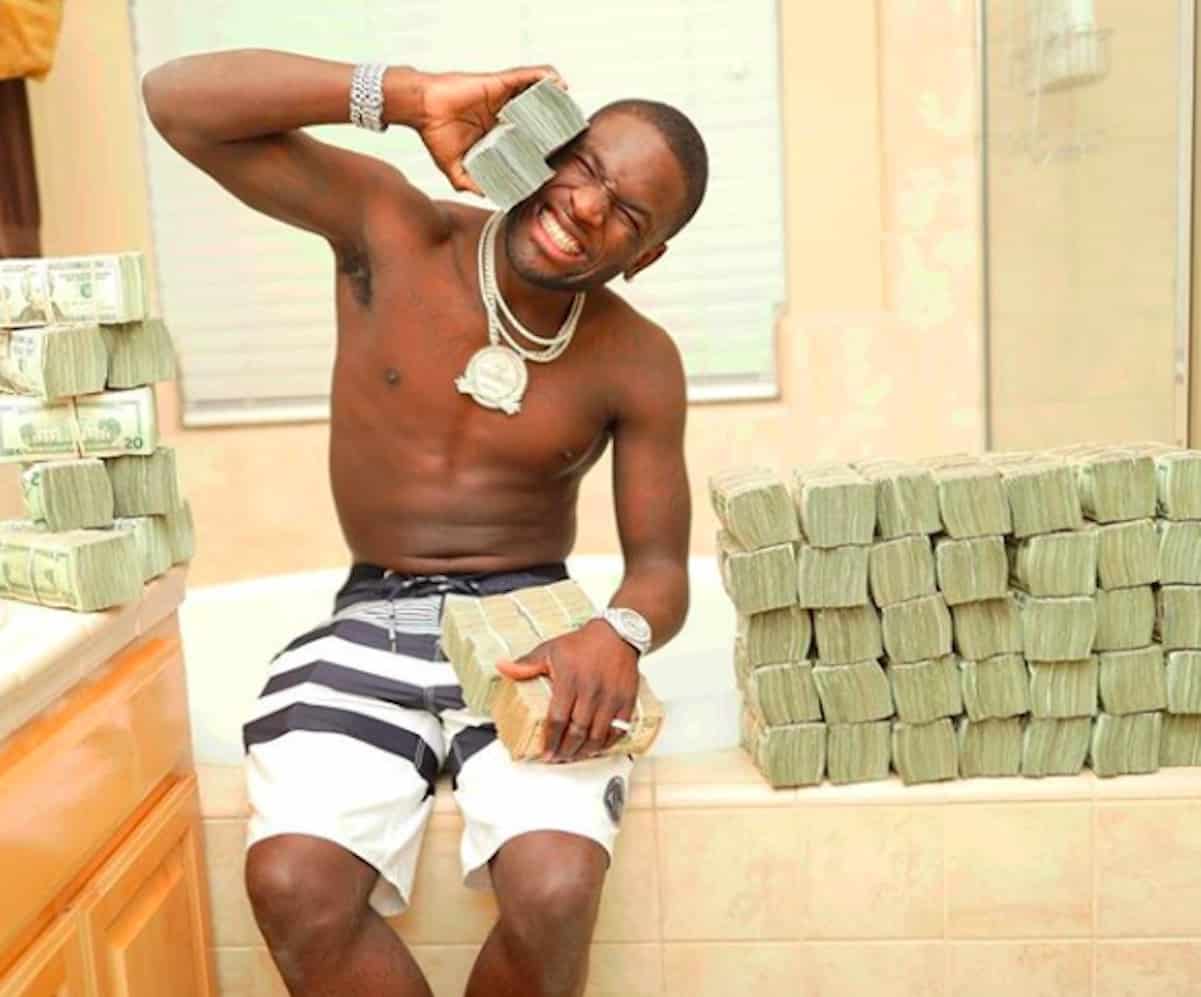 It all started when Atlanta rapper Ralo (who??!) told DJ Vlad that he owns a bunch of houses in his neighbor plus an ENTIRE apartment complex that’s hidden behind gates. In the interview, he says he feels safer in the complex. He can park his fleet of luxury whips outside with no problem, EVERYONE in there has a ton of guns to protect him, and he allows them to stay there RENT FREE.

Welp, the Feds were clearly watching because less then two months after Ralo spilled his own tea, the complex got raided.

Witnesses saw cars getting confiscated and “a group of well-armed officers, looking like they were coming to get somebody.”

The 23-year-old rapper was arrested on April 15 and charged with “conspiracy to commit a felony.” What kind of felony? Who knows.

Sometimes it ain’t about what you got, it’s about what u do with what u got. I try to take advantage of every opportunity that givin to me. Don’t let the money turn u into ah fuck nigga. Stay solid, stay humble, thank God!!!

I never had a hit record in the top 20, but i just booked $20 Thousand for ah show. I never dropped an album but i still get $100k every month in my account from iTunes, Spotify, YouTube, Tidal an SoundCloud. I’m that Lil black boy from Da Bluff lived in that 1 bedroom house on Elm street with all his siblings grandma an momma!!! #ThankGod #Alhamdulillah

I just pulled back up to the Gas station the police harassed me at, with my drivers licenses, insurance, an updated registration. My new favorite song on #DiaryOfTheStreets3 is #AhkShitPopShit i love the part when i say #Fuck12 i think ima make it my new single what yawl think??? ??‍♂️???