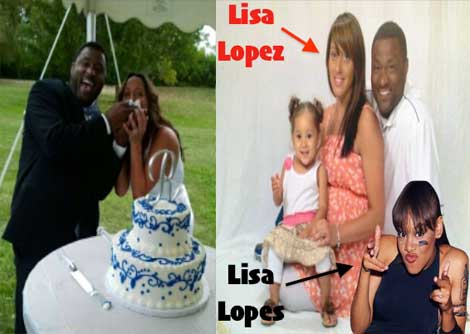 HSK Exclusive – This story could be one of those ‘shook ones.’ Know why? More than a decade after the rumor mill had Andre Rison and the late Lisa ‘Left Eye’ Lopes quietly planning a wedding … a tipster hasn’t just dropped exclusive pics of Rison — with his reported wife and kids — they tell us the name of his Mrs. is … Lisa Lopez!

Lisa Lopez is no doubt a common name, but here’s where it gets weird …

Let’s remember Bayron Isaul Fuentes Lopez, the Honduras boy who was killed after reportedly “stepping off the median strip and struck by the van driven by Lopes’ personal assistant.”

Here’s what’s said to have gone down in the days before Left Eye’s 2002 death:

“Lopes mentioned that she felt the presence of a “spirit” following her, and was struck by the fact that the child killed in the accident shared her last name, even thinking that the spirit may have made a mistake by taking his life instead of hers.”

Left Eye — who had Rison’s number 80 tatted on her arm — dedicated her 2001 ‘Supernova’ album to Rison, saying this:

“There is no such thing as death. We can call it transforming for a lack of better words, but as scientists would say, ‘Every atom that was once a star is now in you.’ It’s in your body. So, in the song I pretty much go along with that idea. … I don’t care what happens or what people think about death, it doesn’t matter. We all share the same space.” 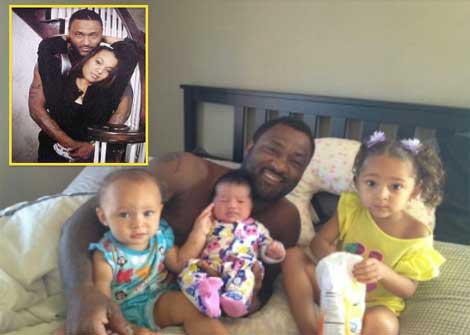