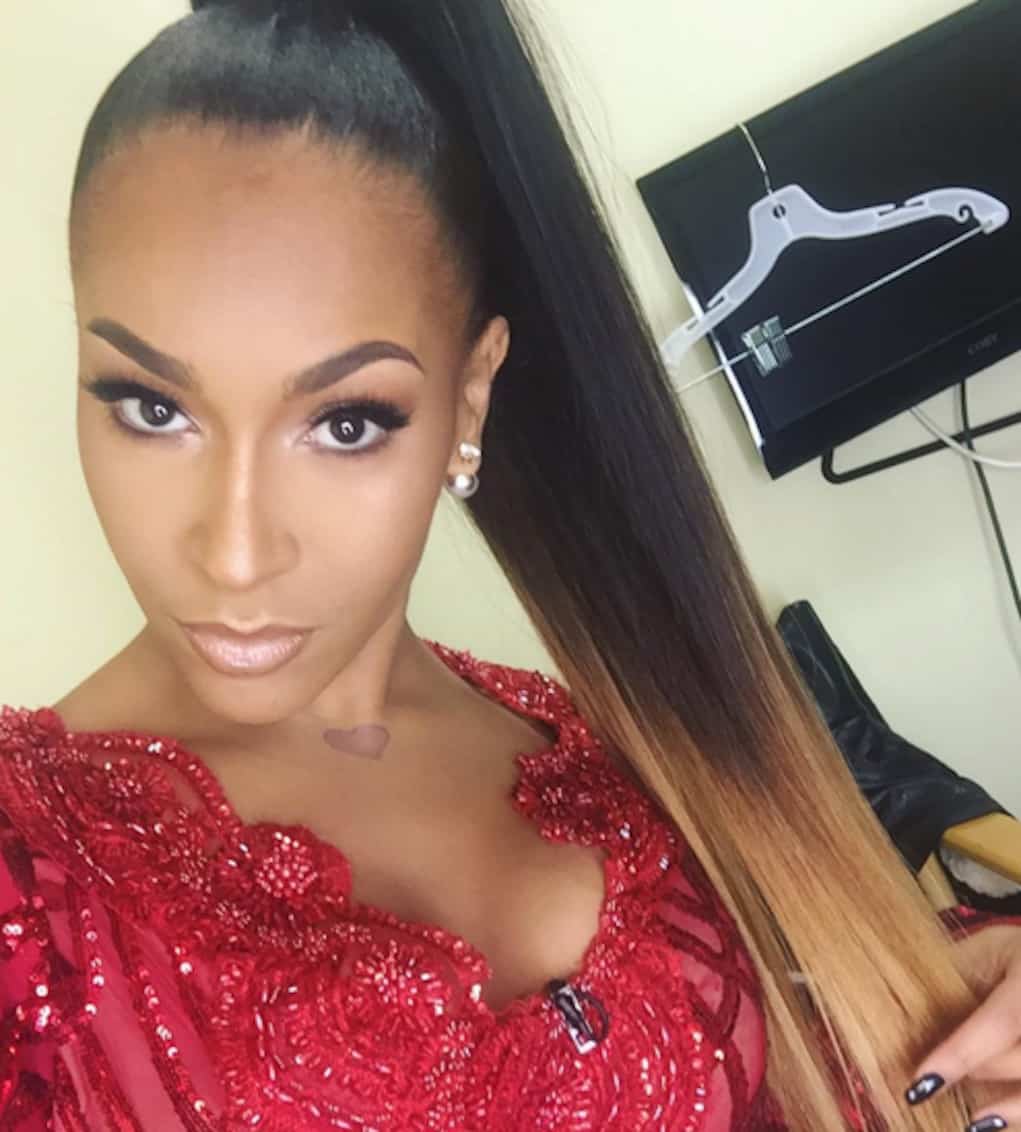 We already broke the news that Amina Buddafly was pregnant with Peter Gunz’s 10th baby, but the Love & Hip Hop New York star confirmed it on last night’s reunion show.

In case you forgot, Amina and Peter’s baby mama, Tara, found out they were pregnant around the same time last year. Tara decided to keep her baby, and Amina got an abortion.

But Amina was clearly feeling left out of this love triangle from hell. So, just months after the abortion, she willingly got knocked up by Peter once again. Fans of the show came for her neck about her stupid choices, so she took to social media to defend her right to act as Peter’s personal c*m dumpster.

There is one reason and one reason only why I got pregnant again. Actually there is no "I" in this, its "WE"! But since i am the one carrying: "I Got pregnant again because I made love to the man I love." Now y'all can debate on why we did it until ya hair turns grey.. I feel good knowing that WE know and you just 'think' you know… A baby does not keep a man and being spiteful does not make you a winner! This is not a game. This is my life. But No matter what the circumstances were and are, I now feel happy to be expecting again and even happier to know I have the best baby daddy I could ask for. @petergunz174 I love you 4ever and I will never be scared to show or say it because of people. #babyBX ?

All the people calling me a baby killer now that I'm having one… Would you have wanted me to kill the second also?

I kept the second baby because one abortion was bad enough! That's why. 2 abortions within 3 months was not an option.

Do you think Amina’s dumb as rocks for getting pregnant by Peter just months after aborting the first baby?