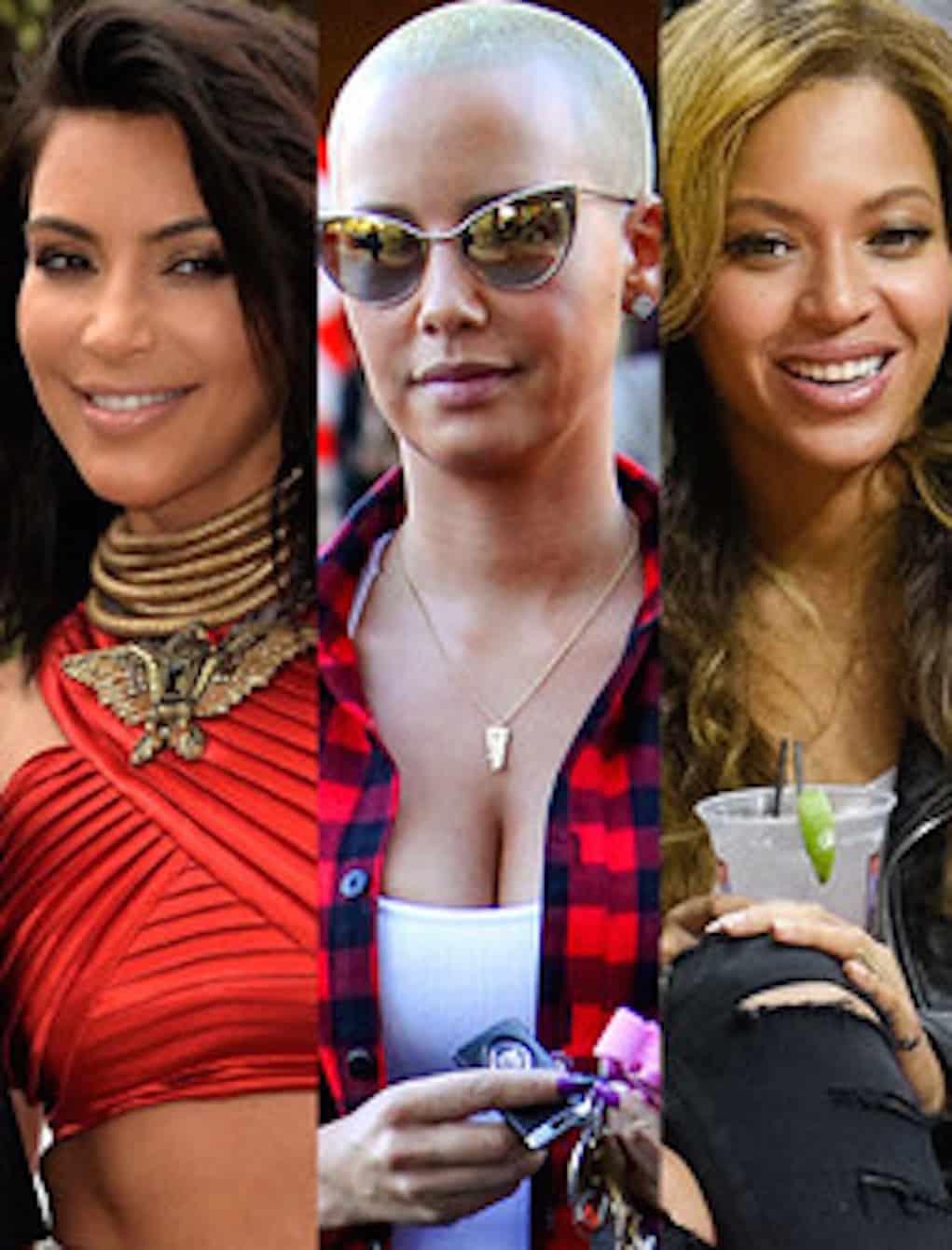 Amber Rose is still in her feelings after everyone dragging Kim Kardashian after she posted that nude selfie. But now, Amber has gone too far by dragging Beyonce into hers and Kim’s ho tactics, and labeling it all a double standard.

In an interview with The Daily Beast, Amber says:

“It’s bullsh*t, and this is the thing: They come at me and Kim so hard because I was a stripper and she had a sex tape. So if we could sing, it would be OK if we were on stage half-naked. We all love Beyoncé, but she’s on stage half-naked and twerking all the time, yet people say, ‘oh, she has talent so she’s able to do that.’ We don’t have the talent that Beyoncé has, so we get criticized as former sex workers, but at the end of the day we’re just women — we’re all women — and we should all embrace each other. No one is greater. We’re all the same. So, to criticize us as incapable of being smart businesswomen because Kim has a reality show and I’m a socialite and we don’t sing is stupid. We’ve both been in movies, and we take our acting, business ventures, and everything else very seriously, “

Did this bitch say she’s a socialite? HAHAHAH!

The difference between Beyonce and Kim and Amber is Bey isn’t getting f*cked on camera, and she isn’t getting $1 stuffed down her G-string at a dusty Philly strip club.

Welp, Amber just sealed her fate. She must not realize the BeyHive will scalp whatever hair she has left on her head. She must have forgot what they did to Mike Epps on Super Bowl Sunday!

UPDATE: Just as expected, the BeyHive is all over this one. It got so bad for the baldheaded ex-stripper, she had to send out a tweet to ask for mercy!