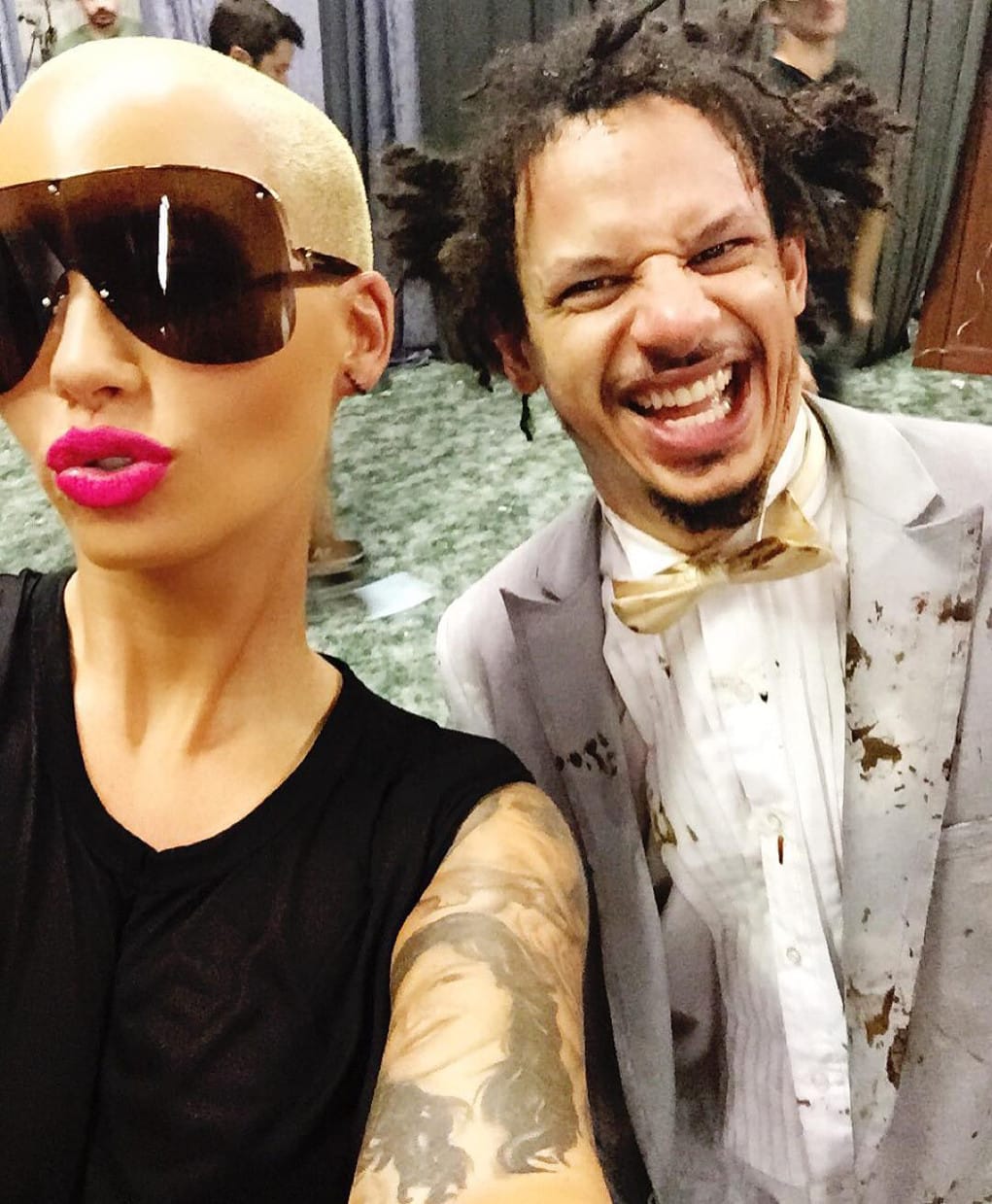 In news that nobody with an internet connection will be surprised about, Amber Rose has a new man.   You might recognize him from his co-starring role on the hilarious absurd comedy “Man Seeking Woman,” or from his talk show on Adult Swim “The Eric Andre Show.”

They started by flirting via Instagram posts.  Amber wanted to get the attention of the comedian/actor and made him her Man Crush Monday, “#MCM @ericf*ckingandre He’s a total hottie and funny af #TheEricAndreShow,” was her caption of a photo of Andre.

He responded by posting a photo of her on the BET Awards red carpet and threw a little #WCW love her way.  Rose then reposted his photo of her. 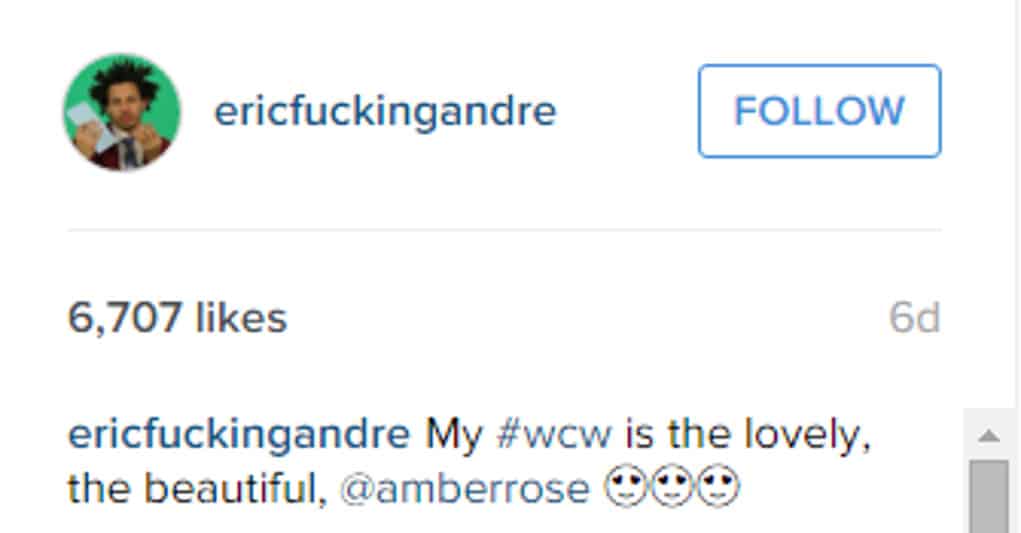 One of them must have slid into the other’s DMs because shortly after they were hanging out in person.  The bald bombshell posted a photo of the couple together with the caption, “My F**kin Bae @ericf*ckingandre.”

A couple days later she posted another pic of the duo together. 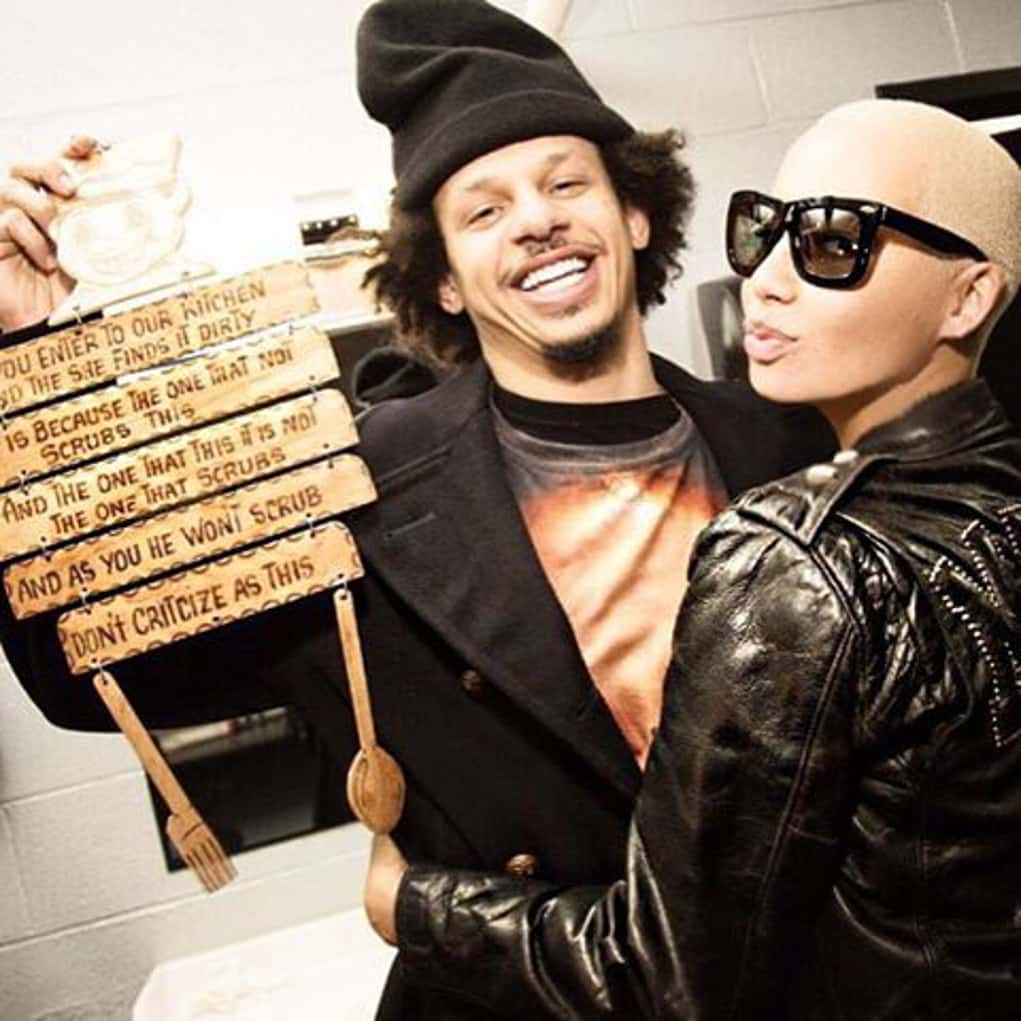 Let’s just hope that Eric Andre doesn’t shy away from using a dome.