HSK Exclusive – Akon’s may have revealed his involvement in “multi-monogamous” relationships, but that doesn’t mean the singer’s sexual relations are reserved for females only! Don’t believe me.. Just ask Akon’s wife, Tomeka. According to our tipster — who’s no stranger to Akon’s close circle,”Meka knows about his DL… Yes, her husband is that man.”

“She is about her, and her lifestyle. It’s really supposed to be like, ‘Oh Well’ and ‘That’s him.’ The last time I saw her was over 15 years!“

“If you wanna catch Akon do his DL thing, go to this hair show and Atlanta Station… The Bronner Bros hair show is in August at the Georgia Conventional Center. They usually have an after party that Saturday night.”

“He always coming to my hometown and for some reason he like to go to Lil Haiti. Its a run down trailer park about five minutes from my old place. He chills at Applebee’s and from there he goes to Lil Haiti… where the gays hang out.”

Did Akon once admit not caring about what he had to do to get rich, “as I knew I was on the road to getting rich, I was happy”??? Of course! Just ask Angie Martinez. 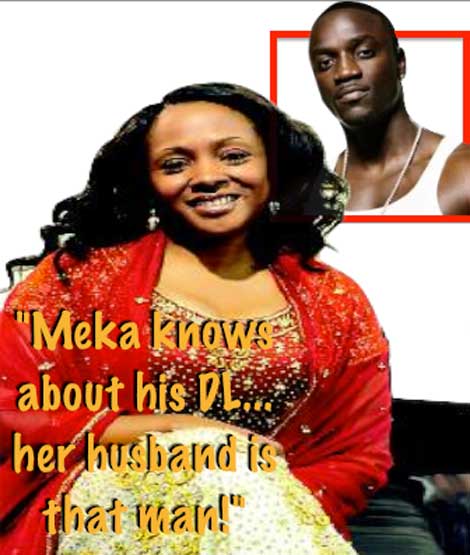