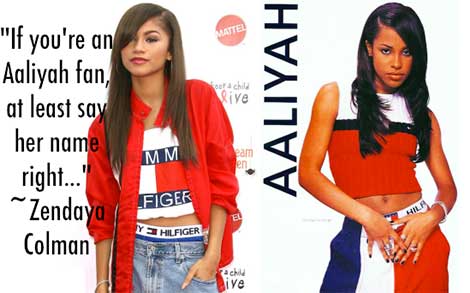 “We cannot confirm our involvement at this time…”

Aaliyah’s family has spoken out for the first time since word broke of Zendaya’s casting to play the ‘One In A Million’ one. The set of tweets – posted to the late singer’s fan page last night – don’t say too much… other than an urging for fans to be “respectful of the artist playing the role.” Last night also marked Zendaya boss’in up over the the public outcry over her casting, seeming to show-out as anything but humble after tweeting this…

To be sure, the Lifetime movie is based on a book: Christopher Farley’s biography “Aaliyah: More Than a Woman”… Zendaya’s appearance obviously shares little to no resemblance to the late Aaliyah, but what’s interesting are the similarities between the names… both three-syllables, both end sounding “yah”.

• The name ‘Aaliyah’ is reported to have Arabic and Hebrew roots, translating to “ascender” and “high exalted one.”

• The name ‘Zendaya’ is reported rom Shona [language of Zimbabwe] and Hawaiian roots, translating to “to give thanks” and “moonlight dancer.”

Here’s what Aaliyah’s camp put out there: 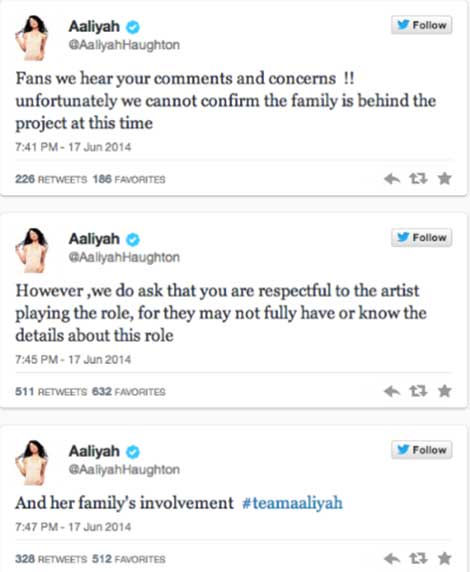