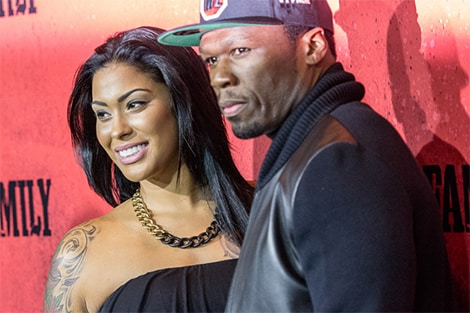 HSK Exclusive – Two weeks ago, 50 Cent broke up with his girlfriend, Stephanie “Tatted Up Holly” Marrero.

An insider is saying Fiddy quit paying Tatted Up Holly’s rent and she’s most likely will be moving back into her mother Betty’s apartment, in Bronx.

“Holly used to drive around in Fiddy’s cars. I guess she’s going to be taking taxis to get around town. She might run back to her ex-boyfriend Fred Nasty to save her.”