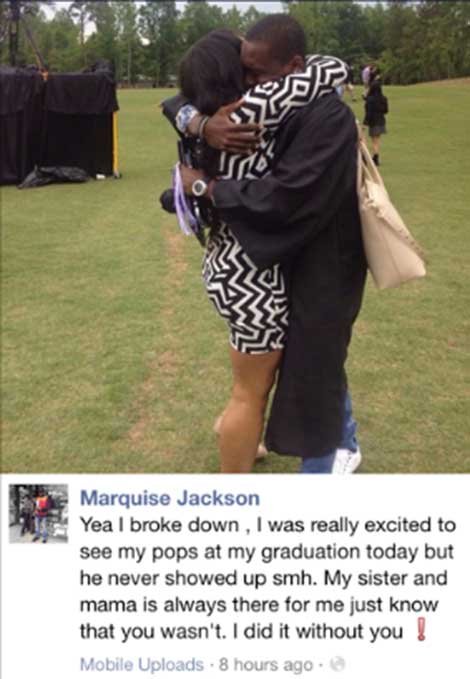 “You are the company you keep.” ~Curtis ’50 Cent’ Jackson

That’s just one of the cryptic messages Fiddy posted to his IG, just hours after reportedly missing his son’s high school graduation. Did we mention that message was paired-up with his own image… alongside the likes of Jesse Jackson and Oliver Stone? *PAUSE* *PAUSE* *PAUSE*

“It’s no secret that 50 Cent and his son Marquise haven’t been getting along for a while.”

This after a post made to Marquise Jackson’s FB account reveals the 16-year-old is heartbroken over Fif’s absence at the ceremony. “He never showed up,” Marquise stated. It now seems that Fiddy could use a bit of schooling in basic spelling from his educated son. Know why? Take a look for yourself: 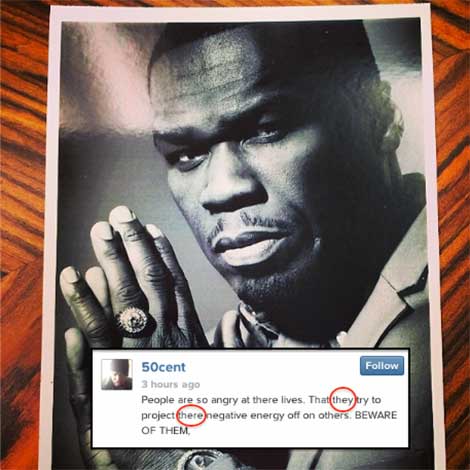 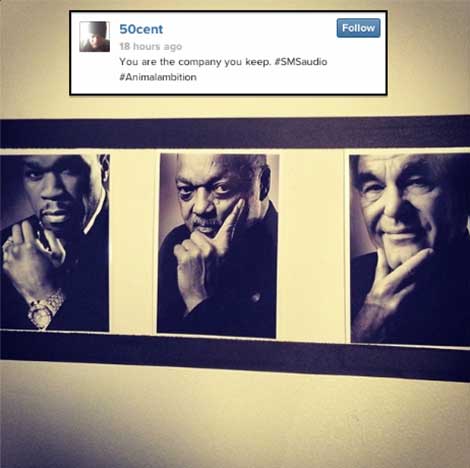