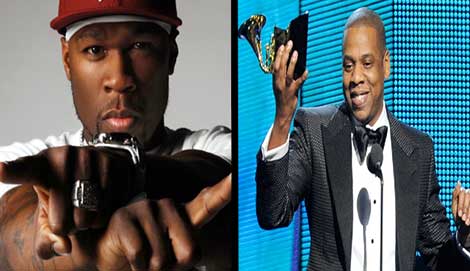 Fiddy said it loud and clear… letting it be known that Hova’s not all he’s cracked up to be. Just ask Andy Cohen, who caught the drop yesterday. That’s when Fif appeared on Bravo’s ‘Watch What Happens Live’…

50 Cent participated in a segment titled “Plead The Fifth.”

“Jay Z was brought up by 50 Cent when he was asked who he thinks is the “most overrated Hip Hop star of all time.” “Overrated?” 50 said. “Jay Z. He would say he’s overrated. ‘Rather be overrated than underpaid.'”

In his response, 50 Cent is likely referencing Jay Z’s verse on Kanye West’s “So Appalled.” On the track, Jay says, “I went from the favorite to the most hated, But would you rather be underpaid or overrated?”