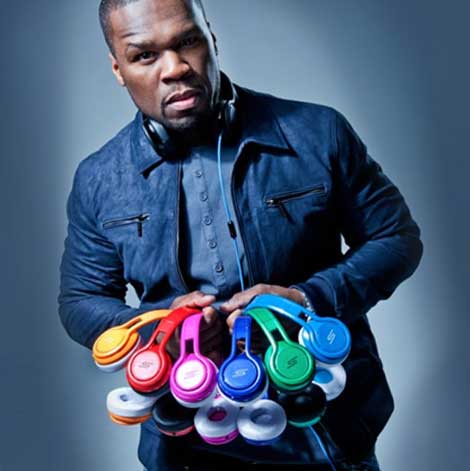 A Florida judge is far from in Sync with Fiddy’s defense against allegations of him ripping off the one company’s Beats blueprint. If you can recall.. back in July 2013, Sleek Audio, LLC smacked 50 Cent with a lawsuit over a deal gone wrong. The case has ended, ruling in favor of Sleek — costing Curtis more than $16M!

“Sync by 50, were “basically the same design, mechanically” as the model they had developed.”

Court docs reveal… Sleek founder, Mark Krywko, launched a hunt for investors to back his earbuds — leading him to hook-up with Fif in Jan. 2010. Apparently, Fiddy invested a Mill-ticket into Sleek — citing the funds were aimed at his own Beatz under Sleek.

“Jackson then produced another set of headphones with a different company… Sleek sued Jackson after its planned deal to market headphones for the rapper fell through.”

Here’s what Fif took the stand to testify to:

“I wanted to produce the actual headset, like the overhead headset, not really what the product they had there, it was cool but it was like niche, like really a tech guy enjoys it, not not llike the everyday person might [use].”

Check out a portion of what’s listed in the court docs:

“The final award is entered which adopts the findings of facts and conclusions of a law set out in the Interim Award and includes the amount of the reasonable attorneys’ fees and costs to be awarded to Sleek.

Of course, Jackson is ignoring that this arbitration is the result of the combination of two arbitration matter involving multiple parties and numerous issues, and the G-Unit Brands matter which involved a single claim brought by Jackson that Sleek breached the Brand License Agreement.”