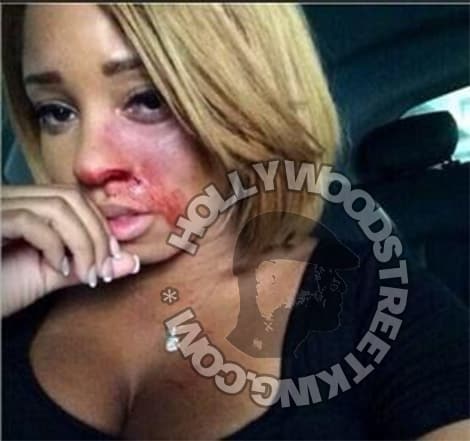 HSK Exclusive – Sheneka Adams got beat down by her pimp, Jacob York, seven years ago. Know why? Because Sheneka went behind his back and had an abortion.

Our source is saying, Sheneka pissed off Jacob York, when she began spreading rumor that she was carrying an NBA players baby. Don’t believe me.. Ask Carmelo Anthony.

“Jacob wanted the baby, because he knew it was his. When he found out Sheneka had an abortion, he beat her down. Jacob is not Sheneka’s manager anymore but she’s signed to his company.

Jacob’s brother Solomon collects the money from the promoter after Sheneka does her appearances.”