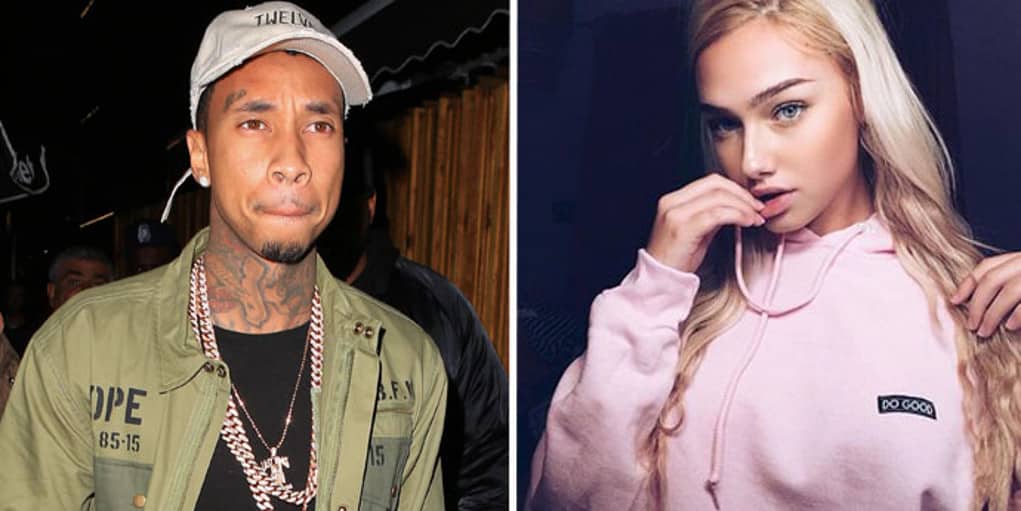 A few weeks ago we reported that Tyga was busted by Kylie Jenner for texting with a 14-year-old girl.  Yesterday, that girl held a press conference.

She is aspiring model/singer, Molly O’Malia, and during her presser she stressed that there was nothing sexual between her and Tyga, but she stopped messaging with him after he repeatedly tried to Facetime with her.

Now, a few of the texts between T-Raww and Molly have leaked.  In them she says she is underage, but lies and says 17 (instead of 14). 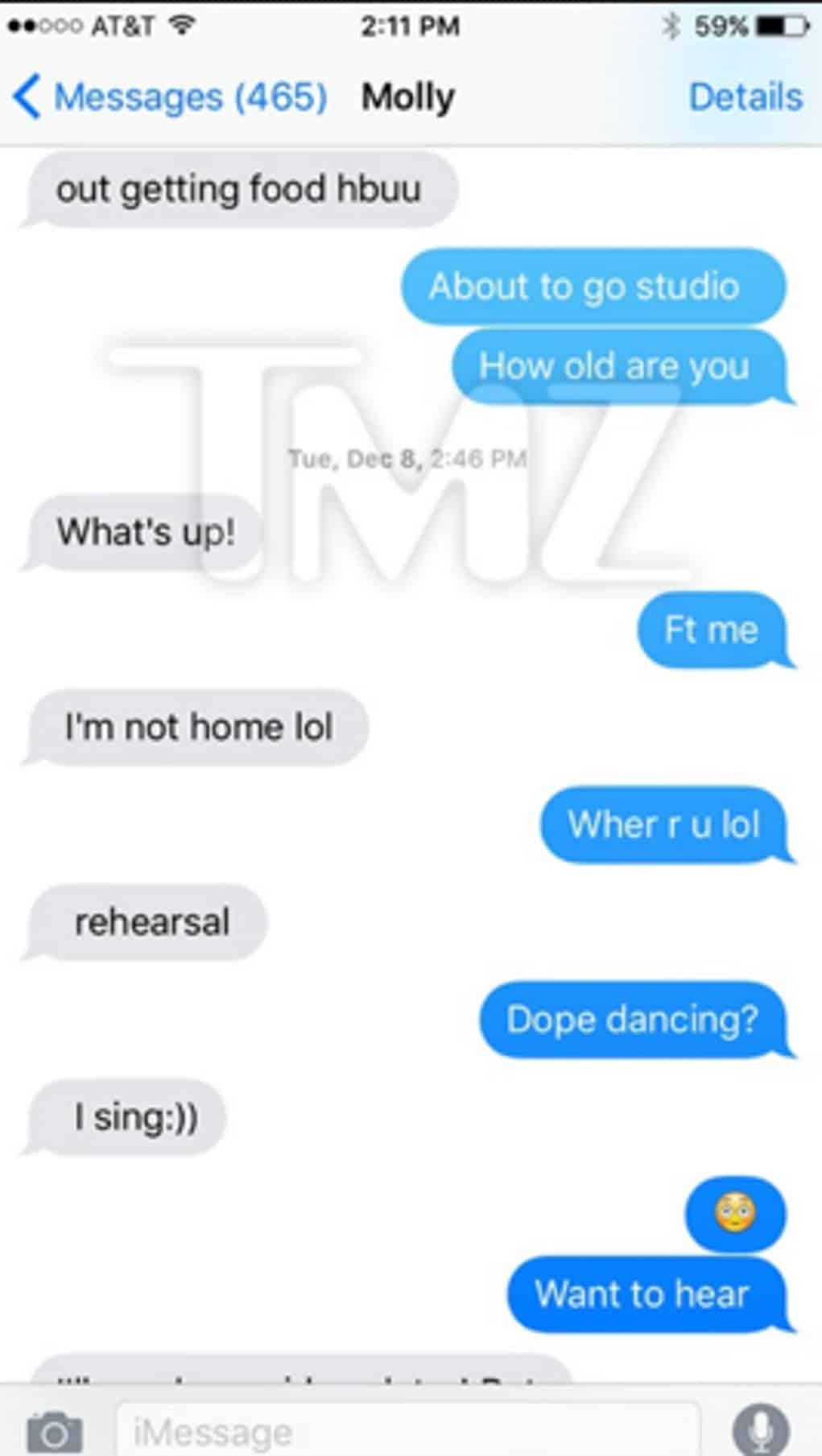 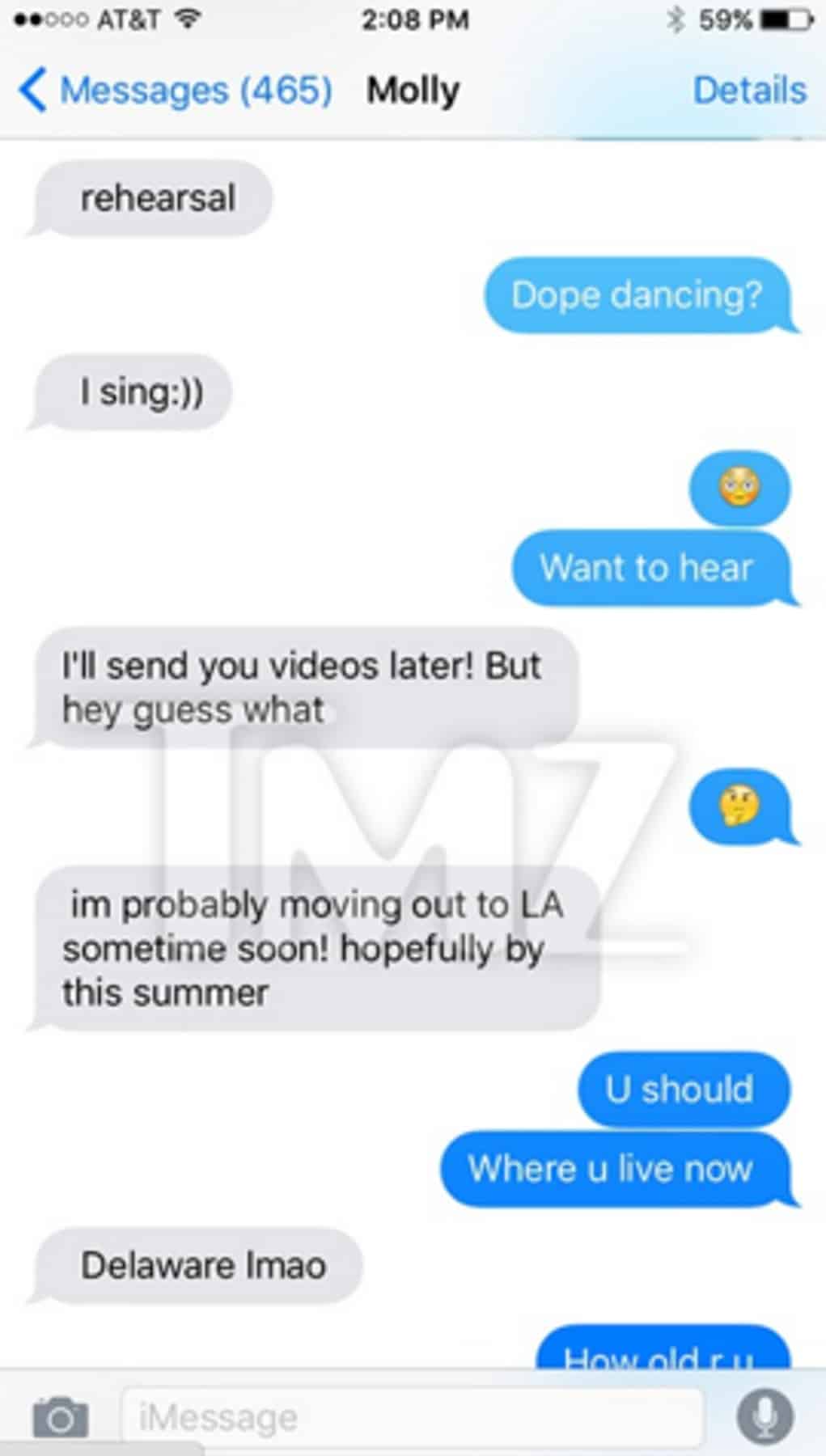 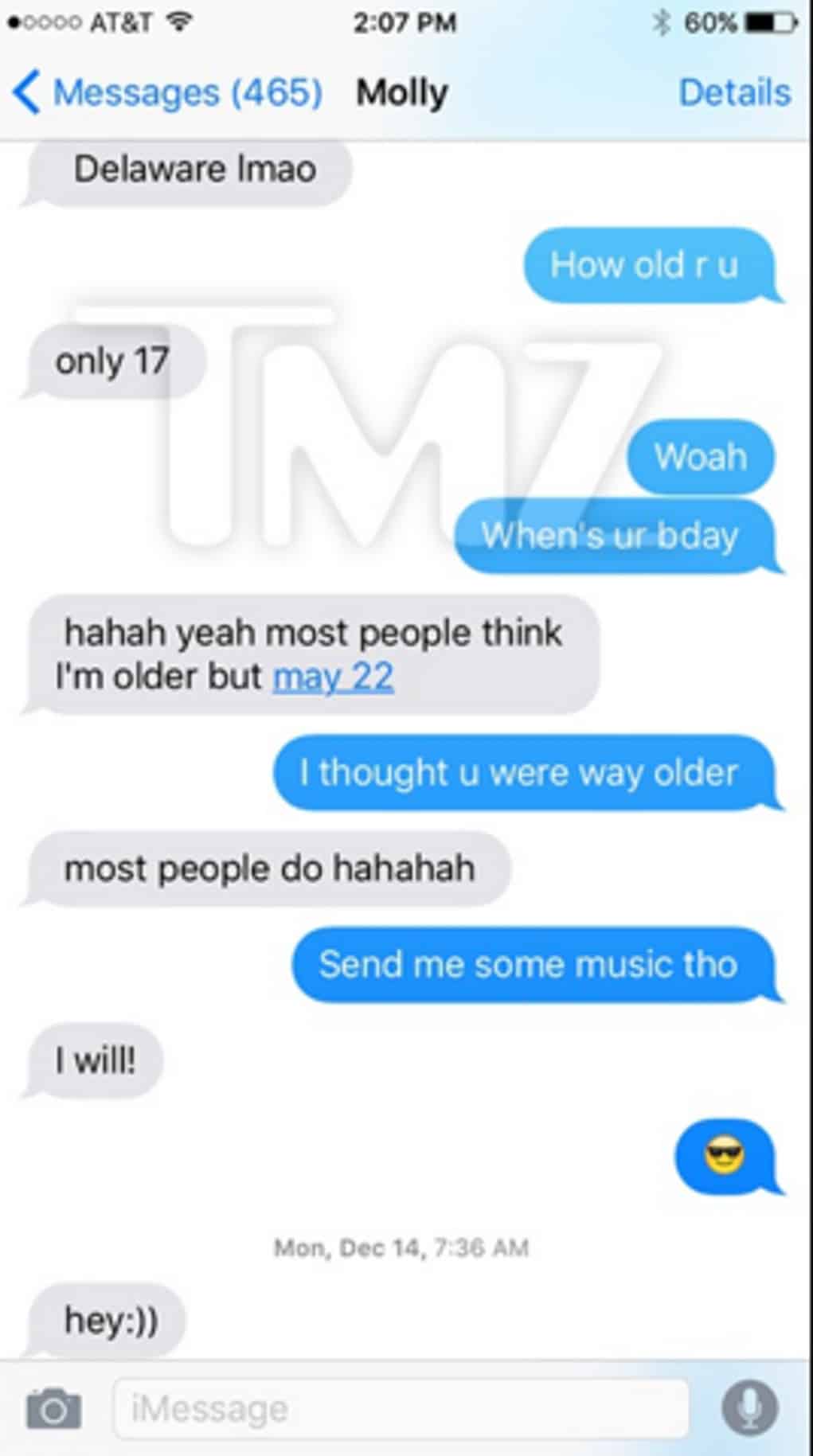 Tyga has admitted to having contact with the young girl, but says he was simply speaking to her about music and nothing more.  I’m sure that’s why he tried to Facetime with her…just to hear a random girl from Instagram sing. 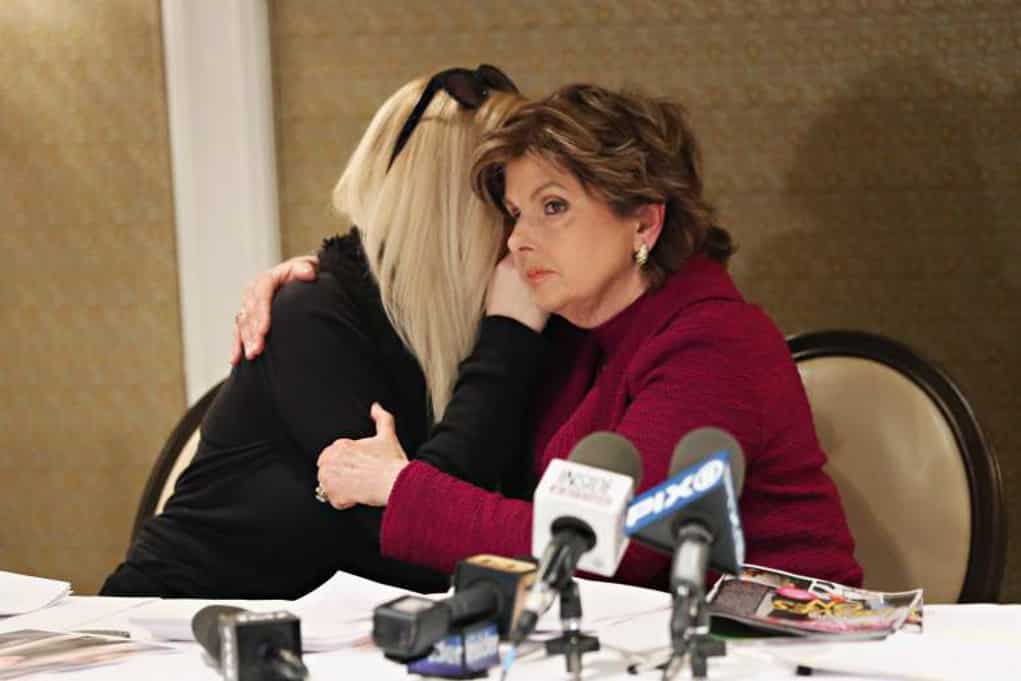 Following the press conference, which saw the blonde teenager crying while recalling her interactions with the rapper, Kylie took to Snapchat to throw serious shade at her boyfriend’s accuser.