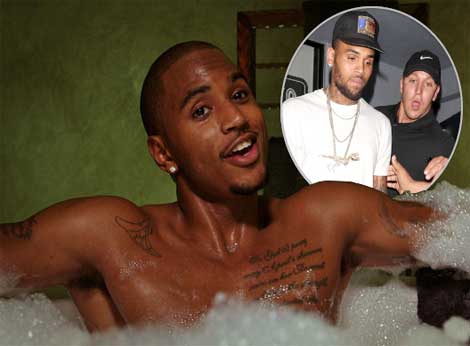 Chris Brown seems to have just learned a lesson … the hard way. You know, the philosophy, ‘it’s always the ones closest to you…’ Don’t believe me.. Just ask Trey Songz. He’s the dude who decided to post a video clip from his Feb. 2nd L.A. Super Bowl party, allegedly featuring Breezy all up in the mix!

This news comes about two-weeks before Chris Brown’s court-ordered 90-day rehab stint is expected to wrap on February 19th. The video has since been deleted from the singer’s account.

“The 15 second video captioned, “Damn Denver,” showed Trey and friends partying in Los Angeles for the big Super Bowl game with friends and a glimpse of the “Love More” singer seemed to be in attendance.

The singer’s rep did not confirm nor deny the singer’s attendance, but the facility seem to give the singer outside access allowing him to leave once in December for his first annual Xmas Toy Drive charity with girlfriend Karrueche Tran.” 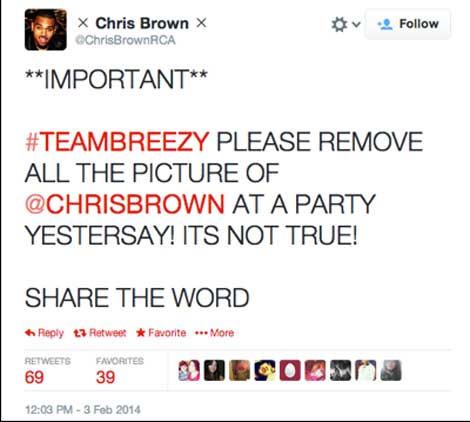 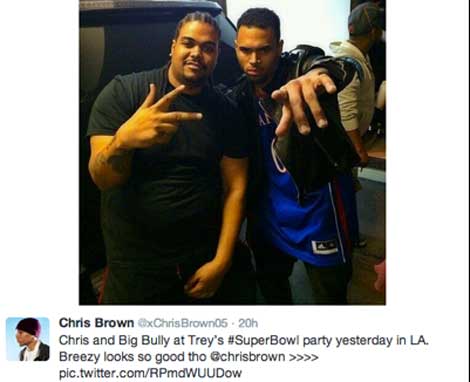