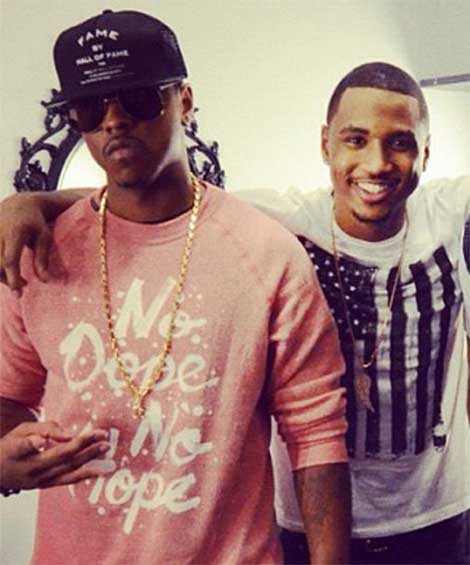 HSK Exclusive – Is Trey Songz a dude who likes to throw shade at another dude? According to a crew who crossed paths with the singer, that’s the case!

We’re told Trey Songz was getting turnt up at Supperclub, last Thursday … when they overheard him dissing R&B singer Jeremih. Apparently, it’s a jealously thing. Know why? Because Jeremih has a Nissan Sentra car commercial and Trey Songz doesn’t.

“Trey believes he’s a bigger star than Jeremih and he should be the one earning money and publicity from corporate sponsors.”