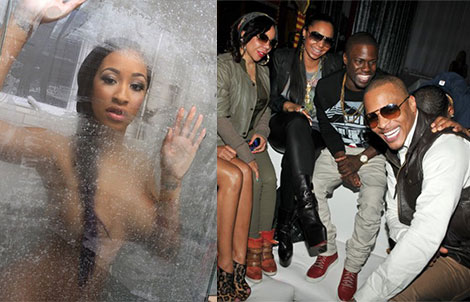 An insider is saying T.I. is just a trick who bought Jasmin Jaye from her pimp.

“Jasmin came up because she’s trailer trash from Detroit.

Bishop Don Juan was trying hard to bump Jasmin from Draya because he wanted to manage her.

T.I. left Tiny for Jasmin,  and has already introduced Jasmin to his kids.”