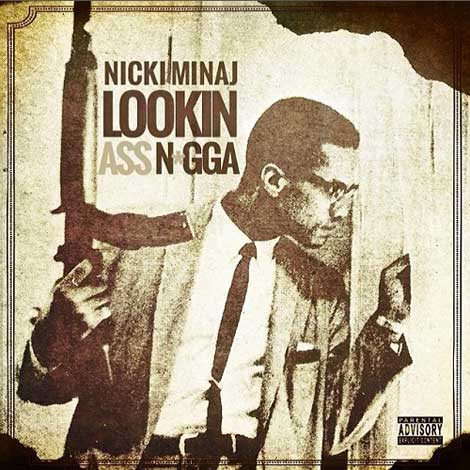 Here’s ‘Black Barbie’ aka ‘Nicki Minaj’ — a HINDU Trinidadian — disrespecting the legacy of Minister Malcolm X, using his imagery on her SHAMEFUL single titled “Lookin A** N*gga.” The YMCMB track is laced with HINDU Onika Tanya ‘Nicki Minaj’ Maraj dropping the N-word a total of 42 times! That’s before the track wraps with GUNSHOTS.

The B*TCH — yes, I called Nicki Minaj just that ’cause the title fits — released the song yesterday .. not only during Black History Month, but also about one-week before the date of Minister Malcolm X’s February 21st assassination.