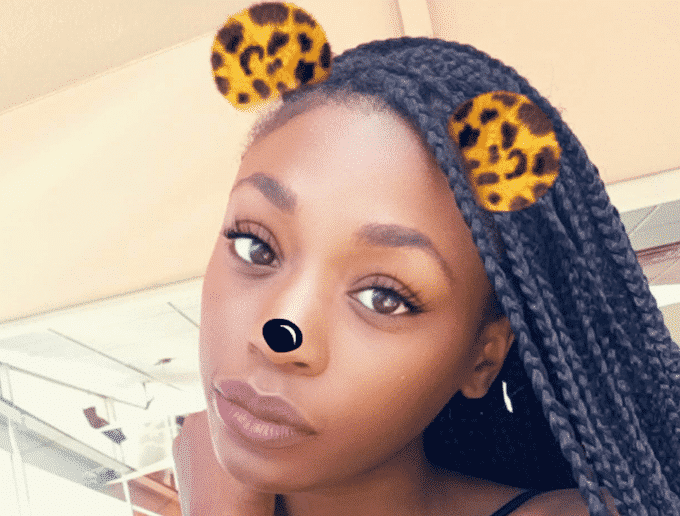 In all of the coverage of the back-and-forth, one voice hasn’t been heard at all: Maryam’s. COMPLEX.com called her up to get her take on the situation.

How did you feel when you saw his response?
Honestly, I laughed. And then I went around and I showed my co-workers. People think that I’m angry about it or I’m depressed or I’m crying or I’m going to delete my Twitter, and I’m really not.
Honestly, I think I made him poppin’. Because if you look at his Twitter, he has like 200-300 retweets [per tweet], and then he quoted me [and got 25,000 retweets]. So I basically put him in this position to have fame again, because he was not relevant until he quoted me. No one was talking about him. He was not trending on anything. And it just happens he quoted me, and there’s two songs after [French released “No Pressure” and “Unforgettable” hours after the incident with Barksdale]. So it’s just weird.
What were your mentions looking like after it happened?
I got more love from my black women than anyone else—especially not from black men. I got more hate from black men than I got from anyone else. There are videos of [them talking about] me on YouTube, defending [French] from one little comment.

The whole “nappy-headed” thing, and black men defending that, knowing that that term was used during the time when black people were discriminated against, getting lynched. White supremacists [saying] “nappy-headed ho,” I see that all the time. And so for black men to be defending that and saying, ‘Oh, it’s not racist, it’s not an insult,’ it doesn’t really make sense.

What did you think when you started seeing people starting to clap back at French? What were you feeling?
I felt happy. Trust me, I saw hate but…I just felt happy about it. I can’t really explain more about it. I rejoiced. And it wasn’t specifically just black women. It was all women.

What about when the media coverage started happening? Was that surreal?

I mean, yeah. That was crazy. But I was kind of irritated that they didn’t ask for my name, and they keep referring to me as “a black woman.” It was crazy because I’d had a lot of my co-workers messaging me. I even posted before it was on the internet [in articles]. I screenshotted it, and then I posted it on my Instagram and on my Facebook. And then after that, I saw links. A lot of magazines—you guys, BET, even E! News covered it. But they didn’t say my name.

What do you think about French? Do you think that he’s personally racist or sexist?

Would you think twice now about talking shit about a celebrity on Twitter?

I’ve noticed that a lot of these celebrities, they retweet negative things about them and they retweet hate. They never retweet the love. Out of all those opinions, you just had to retweet mine? I’m not going to stop just because he retweeted me. I’m not going to delete my Twitter, like I said. I’m not pressed about it. As much as people want me to care, I don’t. 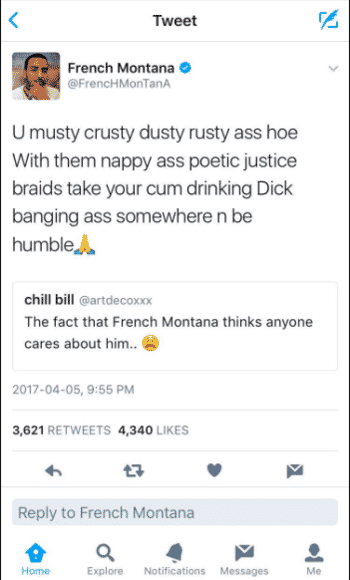