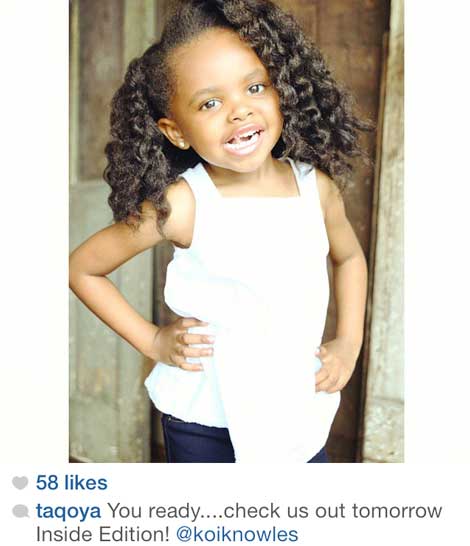 Mathew Knowles baby mama, Taqoya Branscomb, recently did an interview with Inside Edition. During this interview she stated that she wants for Beyonce to meet her half sister, Koi Knowles.

“They are half sisters and maybe one day down the road that can be made possible.”