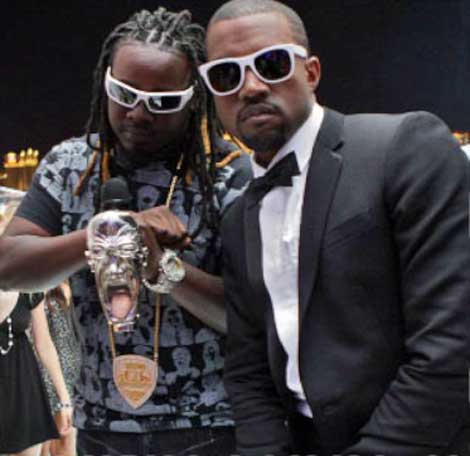 Kanye’s lookin’ like one of those bullies who recruits troops for his coups against whomever. Just ask T-Pain, who recently gave up a detailed picture of what Kanye is really all about.

“Kanye West put him on blast during a studio session, and everyone present joined in.“

Here’s what T-Pain told Vlad-TV about being in the studio with Yeezus:

“The process wasn’t as enjoyable as you would think. He came up with this song for me, and it wasn’t a good song. It was basically describing how wack my ideas was that I was coming up with. And he made everybody in the studio join in with him to sing like, ‘T-Pain’s sh*t is weak.'”