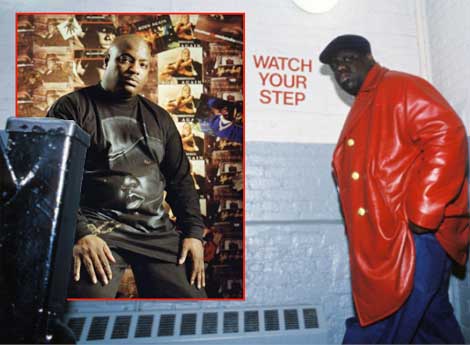 “He [Mister Cee] helped broker the deal that got Biggie Smalls signed.”

Mister Cee may be living the calm after the storm, but The Finisher has rehashed his ‘nightmare’ — pointing to the likes of Biggie Smalls, and other ‘longtime friends in the industry,’ as people who ‘would still have his back.’

“There is a calendar he keeps by his bed that’s inscribed with anniversaries—March 9, the day his friend Christopher Wallace, the Notorious B.I.G., was murdered.“

We’re not too sure what to make of Mister Cee’s claim — especially considering Biggie isn’t around to speak for himself — but, the HOT 97 Hip Hop icon seems to be eluding to … I don’t know what!

“After Biggie died, it was Cee who went on the radio to memorialize him—something he still does to this day.”

Here’s what some of what Mister Cee had to say to GQ Magazine:

When I started doing the tributes for Biggie, that’s what made me think: ‘Why am I just only doing a tribute to Big? Why don’t I do a tribute to all of our fallen people? Our fallen kings and queens?”