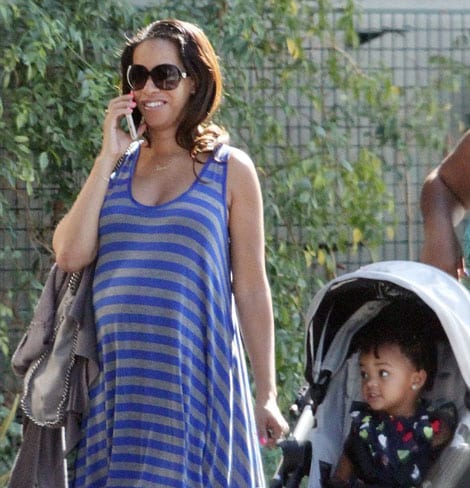 An insider is saying Stevie Wonder’s scout, Brian Elizabeth, not only brings the Motown Records legend his Kush, he also selects and serves the ladies to the 64 year old superstar.

Stevie never thought he’d be a father again so late in life. It may not have been planned, but now he’s excited.”

“Tomeekah was an escort. Stevie and her had their first child last year. Stevie is visually impaired, but he see’s every dollar he makes and every trick Brian brings over for him to smash.”