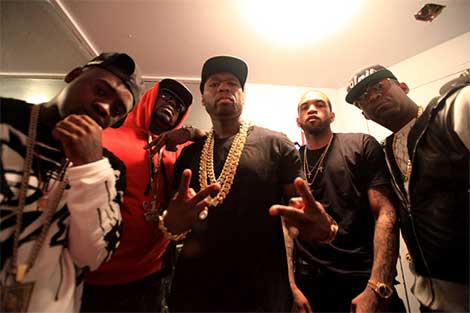 Radio personality, Star, said that 50 Cent and G-Unit are participating in Cydni Lauper’s Home For The Holidays benefit concert for homeless LGBT youth.

Star suggests that 50 Cent and G-Unit are doing so badly, they’re now headlining a gay-lesbian concert.

“The f*ckery that G-Unit is now doing. 50 Cent and G-Unit are headlining some
f*cking gay-lesbian concert.