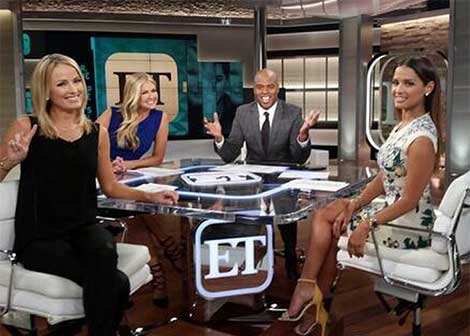 HSK Exclusive – Word on the curb is that, Entertainment Tonight host, Rocsi Diaz, will not have her contract renewed… Know why? Allegedly, Rocsi was smashing a married producer of the show… eventually said producers wife found out.

“It was Eddie Murphy who pulled some strings and got Rocsi her hosting gig at ET. Rocsi got in and she started smashing one of the producers of the show. When it was time to renegotiate her contract.. Well you see where that’s going.”

Rocsi responded by posting photos of her on the ET set.