As you can see above, the current public record backs up the story, which was never in doubt. Do your research because HSK has never been called out as fake on an of our exclusive articles. Don’t beleive me? Just ask Reggie Miller!

Further, the former Big Daddy Kane DJ is represented by Legal Aid (just like Tim Dog) and was charged with 2 misdemeanor counts 1) Public Lewdness 2) Exposure of a Person, he was released on his own recognizance. The mugshots/arrest sheets are 100% authentic! 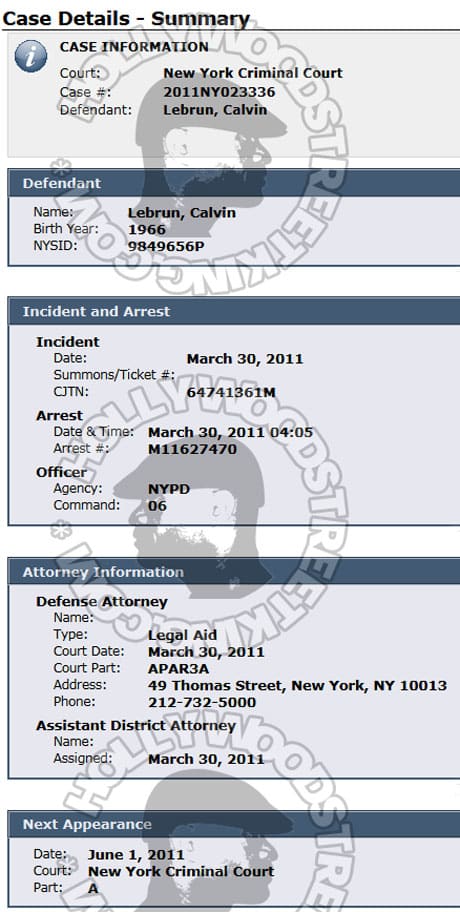