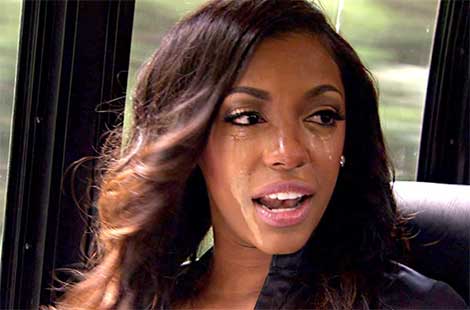 HSK Exclusive – Porsha Stewart didn’t get a pay raise for being a cast member of Real Housewives of Atlanta. Now, she fears her role might be terminated.

An insider is saying this is Porsha Stewarts’s third season on RHOA and other cast members are complaining not wanting to shoot scenes with her. Don’t believe? Ask Kandi Burruss.

“Porsha thought her spot was secure on the show when she became a mistress to one of the shows producers.