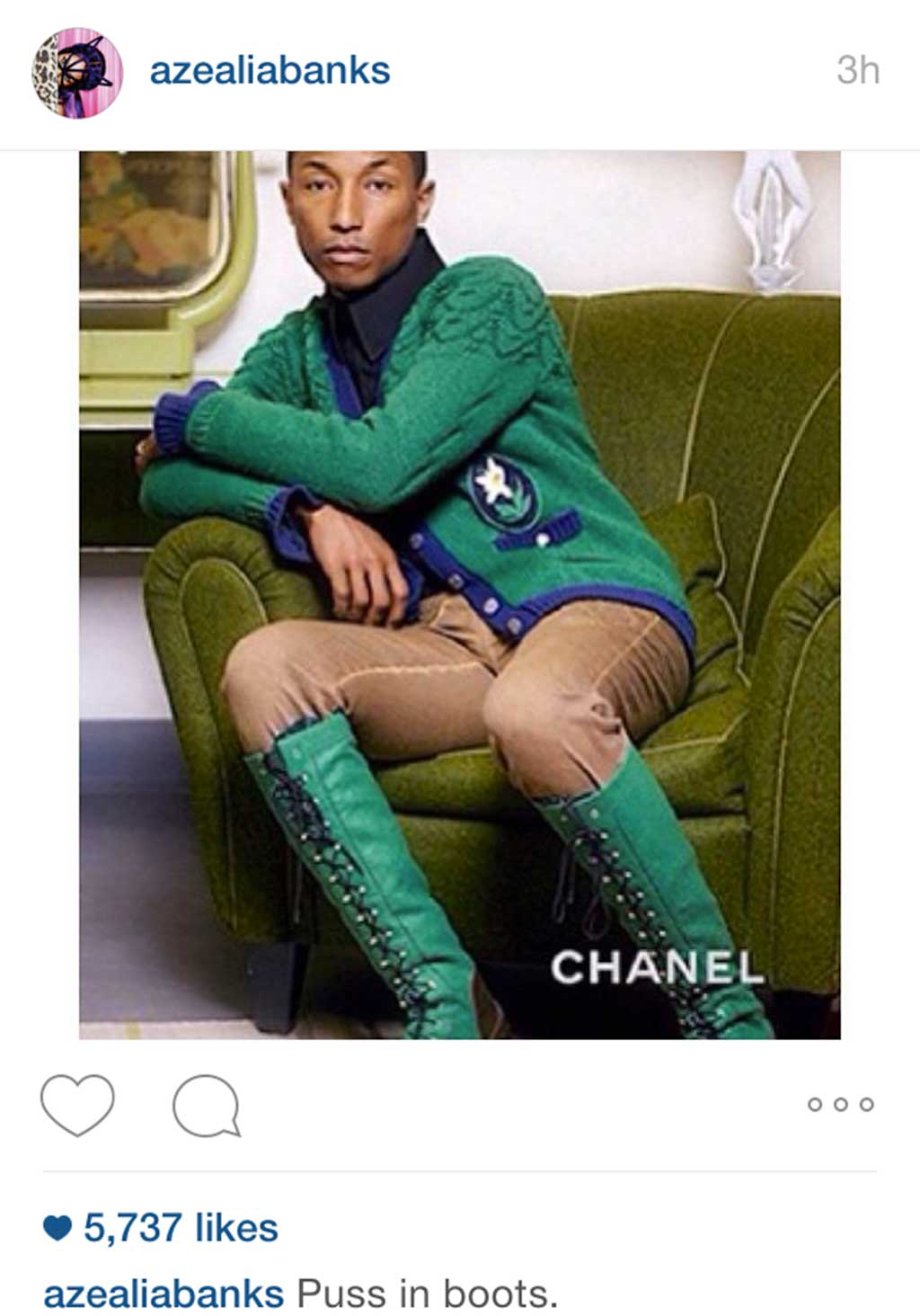 HSK Exclusive – Pharrell Williams called up Azealia Banks demanding that she cease and desist attacking him via her social media. Know why? Because Azealia Banks, posted a picture of “The Voice” judge looking like Bruce Jenner, with the caption “Puss in boots.”

A source is saying when the front man of NERDS contacted her directly, Azealia immediately deleted the defamitory picture from her account.

“She knows Pharrell is not gay. That’s why she removed his picture from her post. He’s eccentric. Plus, she don’t wanna be blackballed.”