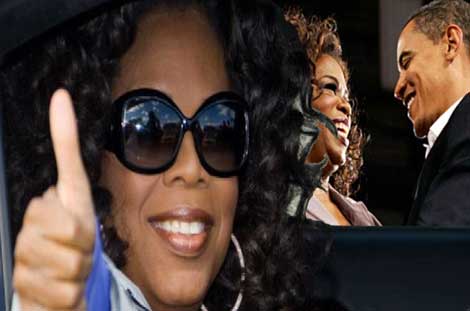 “There’s a level of disrespect for the office … because he’s African American.” ~Oprah Winfrey

Barack Obama is far from being the first President to become the target of sharp criticism — and he’s most likely not going to be the last. But Oprah Winfrey says President Obama’s ethnicity is the sole reason why he’s being bashed by critics.

That’s what the Big O told UK journalists … shortly after the President issued his open apology, telling Americans he’s ‘sorry’ after the launching of his ‘affordable Healthcare Act’ threw ‘untold millions off the rolls of the insured.’ Despite the numbers, Oprah insists if Obama were Caucasian he would not be criticized.

Here’s what Oprah Winfrey had to say:

“If she had a factual basis for her point, she could have made it. The idea that Obama’s suffering disrespect just because he’s Black kinda overlooks about 225-years of American history — and how people respond to Presidents with whom they disagree.

If you go back just to G W Bush … I mean remember, ‘Bush lied, people died?’ People called him ‘McHitler.’ You saw pictures of him in protests with square mustaches. If you go back even to LBJ, who was a white man. Um, ‘hey LBJ how, how many boys did you kill during the Vietnam war?’ So Presidents suffer disrespect at the hands of their critics regardless of their color.

President Obama was elected and reelected. When he came into office in January of 2009 he had about a 70-percent approval rating. And I think the entire country wished him well, we knew this was a historical thing having our first Black … or at least mixed … President, if you want to look at it that way.

And since that time we’ve gotten to know a President much better — who is just disengaged, doesn’t seem involved in a lot of the policies he’s promoted, he doesn’t seem to be around or know anything about Benghazi, Fast and Furious, the IRS scandal, the NSA spying on foreign leaders, the Department of Justice spying on American journalists … and with the Obamacare thing, two-days before HealthCare.gov launched he was out playing his 147th round of golf. So this disengaged President, I think, has led to a lot of criticism.” 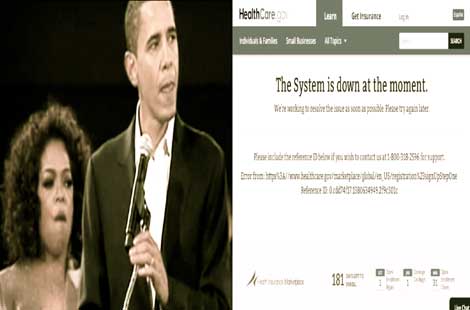 This comes news comes as the contractor behind the Obamacare website [CGI Federal] is being outed “for allegedly mishandling at least 20 other government projects.”

Now, financial experts say, the 30-million recorded uninsured Americans could have easily been insured with the reported $634 million dollars spent on Healthcare.gov alone.

“Healthcare.gov has shutdown, crapped out, stalled, and mis-loaded so consistently that its track record for failure is challenged only by Congress.” – Washington Post

“The reason for this nationwide headache apparently stems from poorly written code, which buckled under the heavy influx of traffic that its engineers and administrators should have seen coming. But the fact that Healthcare.gov can’t do the one job it was built to do isn’t the most infuriating part of this debacle – it’s that we, the taxpayers, seem to have forked up more than $634 million of the federal purse to build the digital equivalent of a rock.”