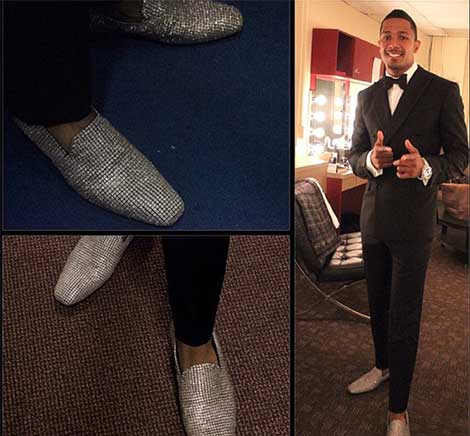 “Nick seemed delighted by the footwear, which have 14,000 full-cut round white diamonds set onto white gold, with a total carat weight of 340 carats.”

Here’s what Beverly Hills jeweller had to say:

“Nick has been planning blinged up brogues since last year. Not very often do I get a request for the most expensive shoes in the world. When Nick approached me last year, he said he wanted to make history and be over the top.”