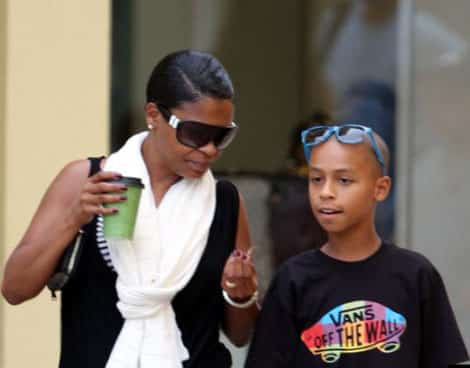 HSK Exclusive – Nia Long is said to share a common sexual interest with her first baby daddy…men! That’s according to an insider, who tells us Mossai Massey connected with the actress while he was a major D-boy. The problem is Nia may have disregarded one know street rule: Never get high on your own supply.

We’re told Mossai — the reported former owner of a string of Los Angeles marijuana dispensaries — has a history of tricking off on both sexes, with Nia Long picking up what he put down. The pair are said to have met at one of Mossai’s restaurants — just before he bought Nia a brand new Porsche, and quickly moved her into one of his many lavish homes. We’re told it all came crashing down on the actress after Mossai discovered she was getting high.

“Nia and Mossai were engaged before she got pregnant. After having the baby Nia was paranoid and jealous and Mossai couldn’t take her bullshit anymore.
Mossai dumped Nia, after he found out she was a coke head.”