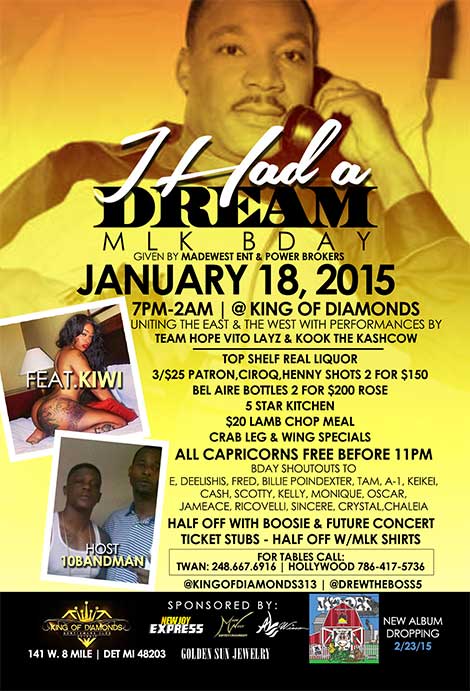 A Motor City event planner is promoting a flyer depicting MLK as the playboy he was rumored to be; laying in the bed calling up strippers for a party, to celebrate his birthday at the strip club King of Diamonds in Detroit.

Have they gone too far?