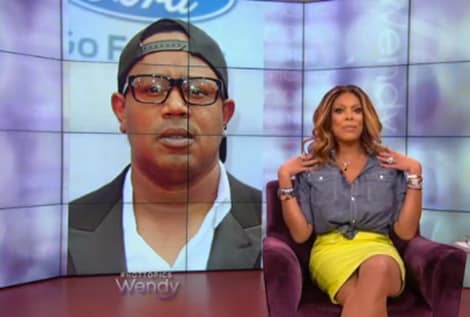 Wendy Williams has crossed even a man who stands by a philosophy that there are No Limits to success! Master P is putting the industry’s biggest gossiper on blast for talking TMZ trash about him… rather than checking in with the source! This after Williams made P a ‘Hot Topic’ of her show… claiming the No Limit founder was “using reality TV to capitalize off his dysfunctional family”.

“The Miller Dynasty is founded on integrity and family values. We are not perfect by any means; we go through similar struggles like any family. There are constant battles that we fight especially with having money and fame but with our faith and belief in God we are able to overcome any obstacle.”

Here’s what Master P had to say about it:

“First of all, I thought Wendy Williams was my friend. I understand that her job is to entertain gossip but how could she keep picking up TMZ gossip as if it was real news when she should have contacted me directly if she was really concerned about my family, or me like she claims. If anyone understands being in the media and having to deal with celebrity personal family gossip and betrayal, she should know because of her own situation. If she wants to know the truth, as my friend, she should call me directly to get the facts and the truth rather than joining the media circus and talking trash.”