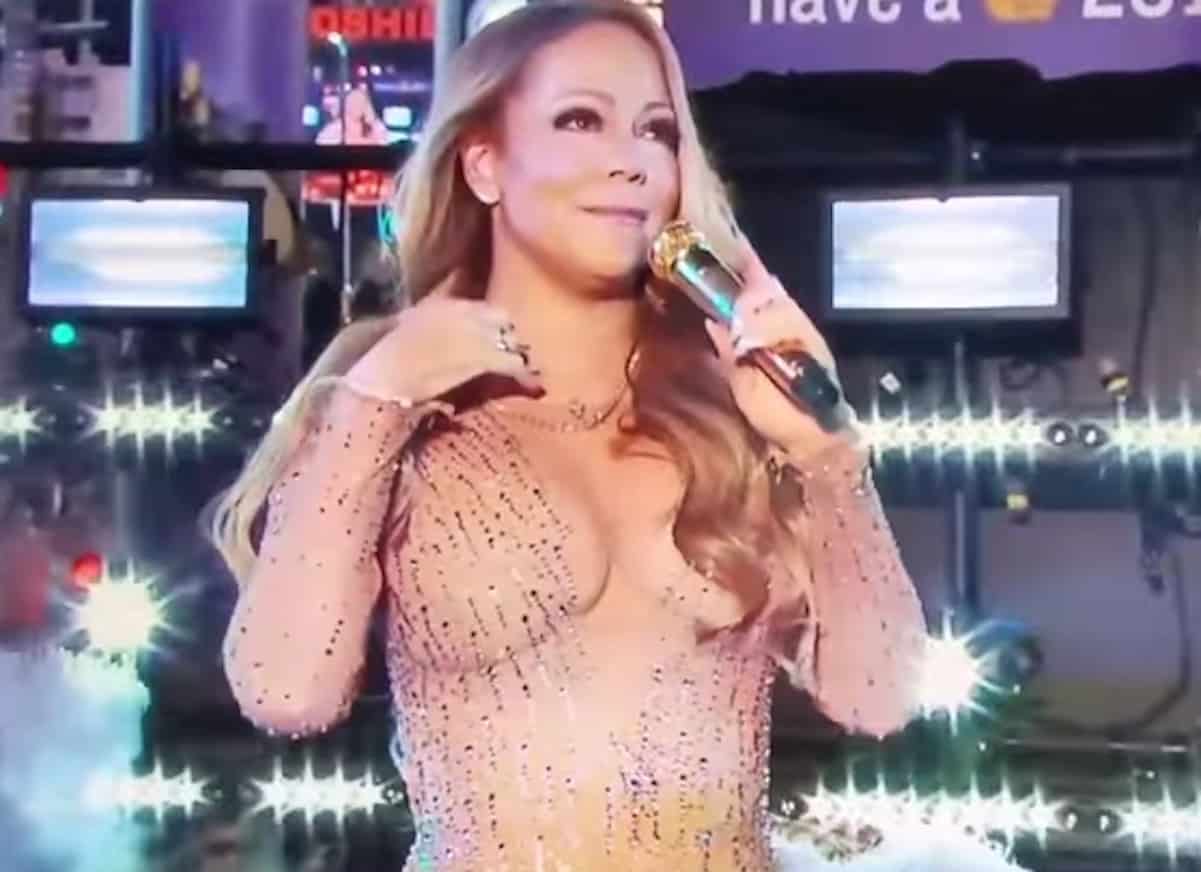 Whoever keeps booking Mariah Carey for these live performances needs to be fired! The diva embarrassed herself in front of millions of viewers at during

The diva embarrassed herself in front of millions of viewers during Dick Clark’s New Year’s Rockin’ Eve With Ryan Seacrest on ABC. Of course, she tried to blame this wack performance on a technical issue with her ear piece.

The singer claims she couldn’t hear through her monitors, but ABC says she didn’t show up for any of the sound checks. Her rep then tried to blast ABC by saying they sabotaged Mariah on purpose.

She was not ‘winging’ this moment and took it very seriously. A shame that production set her up to fail.

Mariah was prepared to lip-synch Auld Lang Syne, Emotions, and We Belong together, but the background vocals for Emotions didn’t play properly, and Mariah’s weak vocals and tore up voice were exposed!

Time for someone to retire!