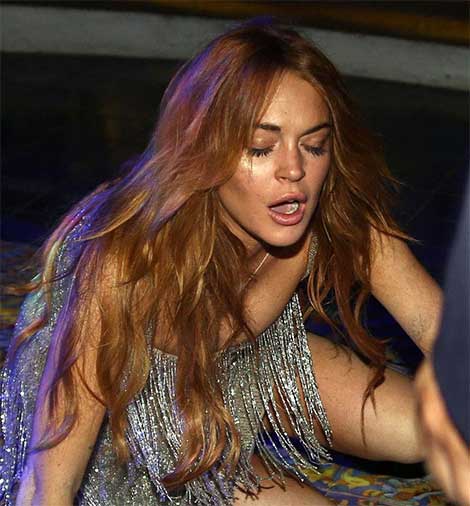 Lindsay Lohan is claiming she rolled a body bag for the corpse of Whitney Houston, while she was doing her community service at the LA County Morgue back in 2012.

“It was f***ed and inappropriate because a lot of other people were meant to do it, and they were like ‘No they can’t handle it. Lohan can.’

It’s different for me than it would be for other people–like, no one would really have to work at the morgue in LA and roll a body bag for Whitney Houston.”