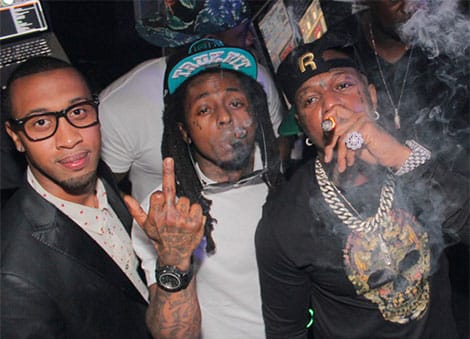 Insider is saying Wezzy is not paying his baby mommas their large sums of money that he used to. Know why? Because Wayne is spending more money than he’s making. Don’t believe me.. Ask Nivea.

“Birdman and Wayne’s relationship is not currently on good terms. He’s saying Birdman and Cortez f*cked up his money.”