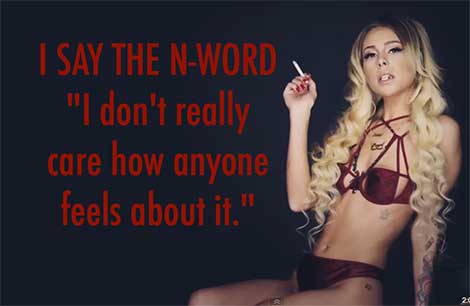 “You know what I’m saying? Everyone’s still gonna get their check whether someone likes it or not.” -Lil Debbie

Meet Lil Debbie… a white Z-list rapper who doesn’t only promise to keep saying the N-word, she’s spilling word that she’s gonna continue to collect checks for saying it! The Oakland femcee — whose real name is Jordan Capozzi — says, “It just is what it is.”

“I just feel like if you don’t want it said, you don’t say it.” -Lil Debbie

Lil Debbie is far from the first, and will likely not be the last. A few years back, her two ‘White Girl Mob’ partners also stood firmly behind their use of N-bombs in their rap lyrics. V-Nasty — noted as ‘the first white rapper to say the n-word and actually stand behind it’ — claimed, “I didn’t even know it was a problem.” 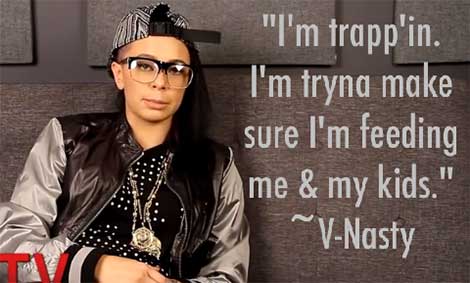 During Lil Debbie’s recent ignorant interview, she broke down V-Nasty and her N-Bombs. “I grew up with V-Nasty,” Lil Debbie said. “I think V-Nasty’s biggest fault is she’s so stubborn on just being herself.” As for the White Girl Mob’s third member? 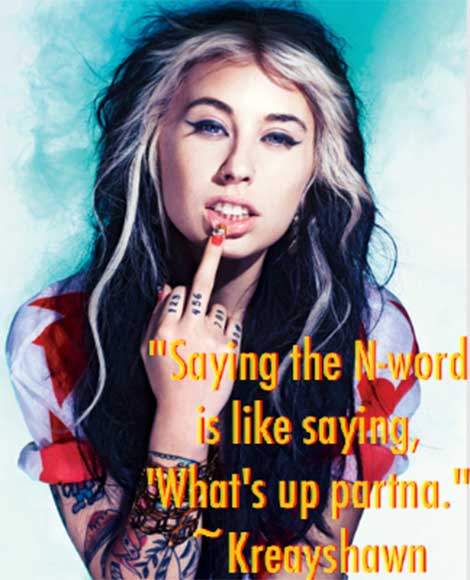 Check out what Lil Debbie put out there:

“I’ve dealt with this situation with V-Nasty for sayin’ the N-word for so long. To, me it sounds like a personal problem.

Like the white and Black thing is a huge issue to people. I don’t give a f*ck about it. I don’t look at ethnicity. I don’t really care about it. I’ve only had like two white boyfriends ever in my life.

I just feel like if you don’t want it said, you just don’t say it. Period. Don’t use it in reference to the person next to you that’s the same race… don’t use it and be Asian and use it on another Asian, or another Black person… and that’s just how I feel. Like, I don’t really care about how anybody else feels about it.”