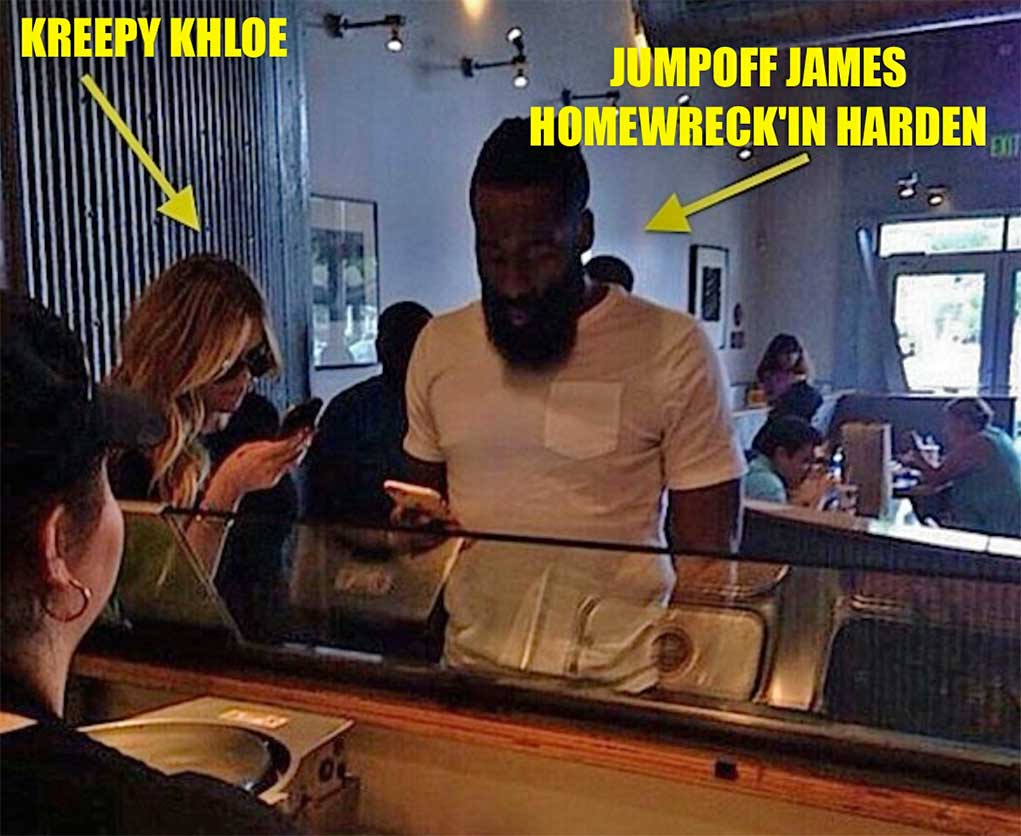 Front’in Like She Loves Lamar While Smash’in James Harden On Tha Side!

Keeping Up With the Kardashians has proven no farewell for any man that’s chosen to walk that road to … rehab, like Rob Kardashian … divorce and disgrace, like Kris Humpries … lies, cover-ups and self-hate, like Bruce Jenner … bullied and blasted, like Tyga … and, last but not least, literally forgotten and left for dead, like Lamar Odom … Only to “rush to his bedside” [with cameras rolling, of course] to ride the real talent’s coattails while plottin’ to cash in … or so it would appear.

“Lamar has a long road ahead of him and Khloe will always have the love she has for Lamar.”

Need we remind you of Khloe’s sinister sideshow — headlining the public ousting of her very own husband — labeling Lamar Odom a drug-addicted cheater? It seems that Khloe has been caught delivering that damsel in distress. Know why? Labeling Lamar an adulterer seems to be like the pot calling the kettle black. Just ask James Harden — the OTHER NBA player reported to have been quietly posted up all the while, as Khloe’s side d*ck. This, while a Mrs. Khloe Odom suddenly changed her tell-all tell-all tune … only to come with a beat that would have some believe her to be the estranged wife who placed her woes aside in order to “commit to helping” her beloved two-time NBA champ … later turning Lamar Odom’s fight for his Life, in a critical and comatose state, into a public spectacle.

Then, there’s this: “Despite the fact that Khloe Kardashian has halted plans of divorcing her hospitalized husband Lamar Odom, we hear that she’s still in a relationship with NBA player James Harden.”

“Khloe and James [Harden] never broke up. He’s been so understanding and he knows that Khloe’s love for Lamar is deeper than what most people can understand.” 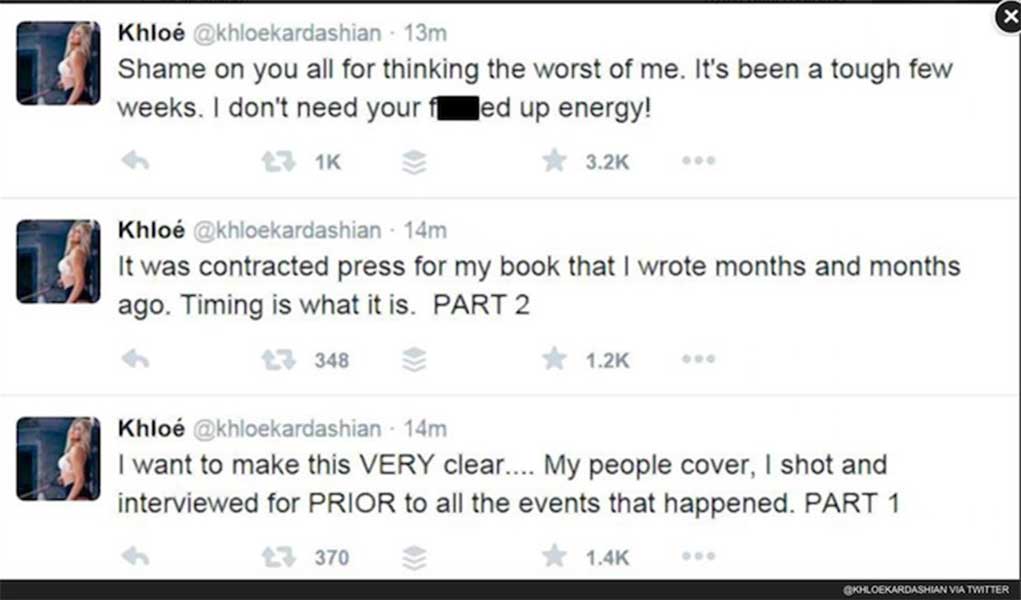 This week, the Keeping Up With the Kardashians star clarified her relationship status with Odom, who has been recovering from a drug overdose.

Khloe told People, I pulled back on the divorce because there is no rush for it. For medical decisions and a ton of other things, it’s just smarter that it’s put on hold. But that does not mean I’m back with Lamar. It’s not even in our brains to think about us having a relationship. Only time will tell.”