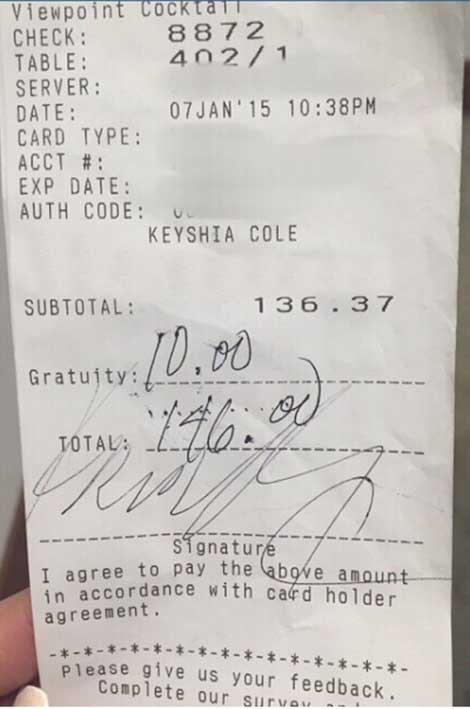 A waitress is putting Keyshia Cole on blast. Know why? Because the waitress is claiming that Keyshia Cole’s restaurants bill came up to over a $140 and all the singer left was a $10 tip.

Here’s what the waitress revealed:

“Today at work Keyshia Cole came into my job with her rude and disrespectful self. Not only did she not tip me even 10 percent of the bill, but she also has one of the most horrible attitudes I’ve ever came across.

Thank God I stopped them before they left the building. Last but definitely not least, her and all her family tried to walk out on the bill! She was being rude because the bar was backed up due to happy hour, meaning that her drinks took a little bit longer than expected.

She was by far my WORST guest I have ever served. She looked unhappy. I’m praying for her! Keyshia girl, hopefully you never treat another server like this again! Especially since we live off of tips!”