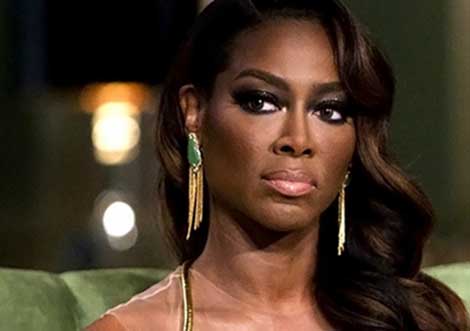 From one reality show to the next, Kenya Moore’s reputation isn’t changing! The Real Housewives of Atlanta personality will appear on the upcoming season of Celebrity Apprentice, and she hasn’t made a good impression thus far.

“Kenya is rude and a holy terror to the crew,” a show insider tells the tabloids. “She demands special treatment and extra days off and refuses to use the show’s stylists. Instead, she brings in a huge entourage, and they’ve completely taken over the set.”

The reality star has managed to befriend one fellow contestant, though. In an odd pairing, she’s become close to Kate Gosselin, but together, the pair is a nightmare. “Given that they’re both overbearing divas, it’s kind of a shock that they’re so close,” the insider adds. “But, they’re tight and refuse to befriend anyone else.”