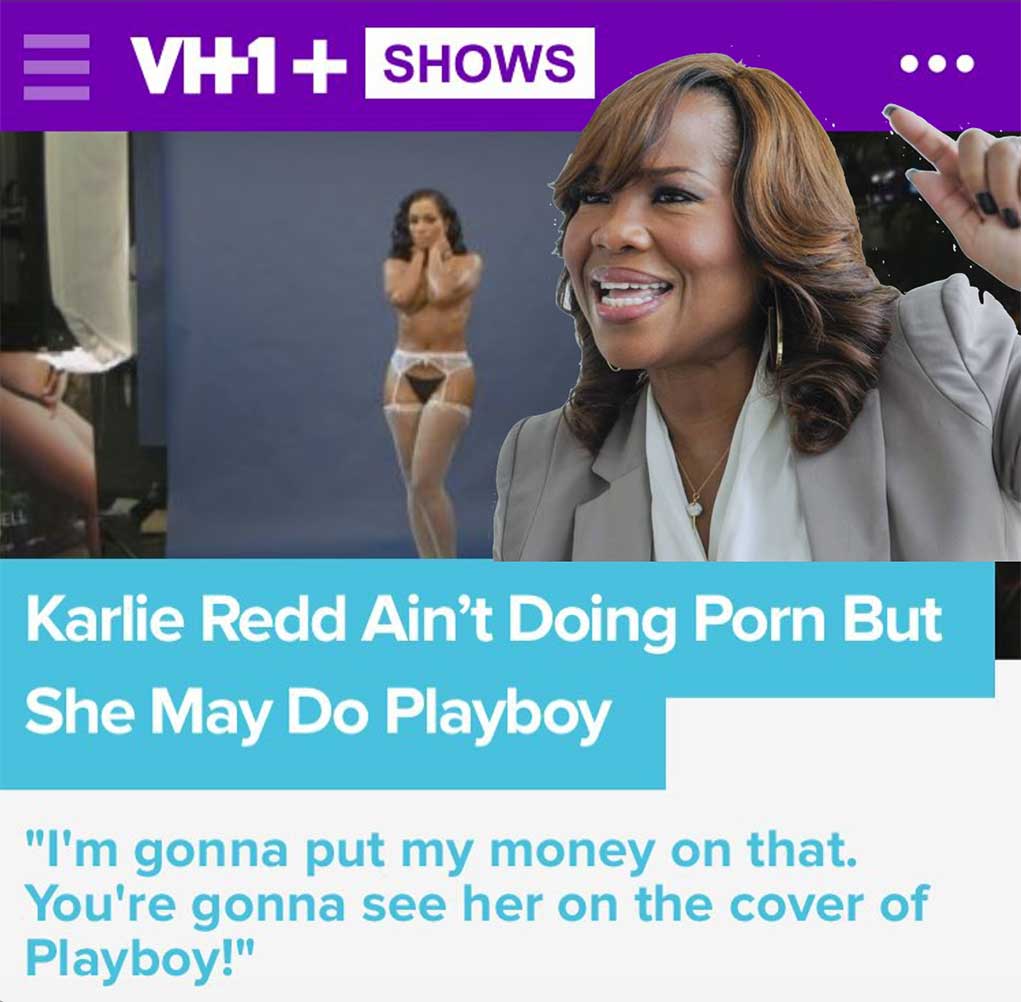 Insiders say Karlie Redd is latest Love & Hip Hop OG cast member to be played as a peon for ratings! Know how? At 50-years-old, the Tropical Bird is taking off her clothes for the basement version of Playboy, Playboy Plus. This drop is consistent with recent word revealing, “the producers had to shake things up a bit.” Don’t believe me.. Just ask Mimi Faust!

Here’s what Mimi had to say about the sex tape “leak” she starred in with Nikko Smith:

Check out what Karlie had to say about posing for Playboy Plus:

“[A sex tape] is on a whole different level, but I didn’t even question Playboy. I want to do everything Playboy again and again. It’s sexy, classy and everything to me … I was very nervous for two reasons: One, it’s Playboy, and two, there were extra cameras because the reality show was filming.”