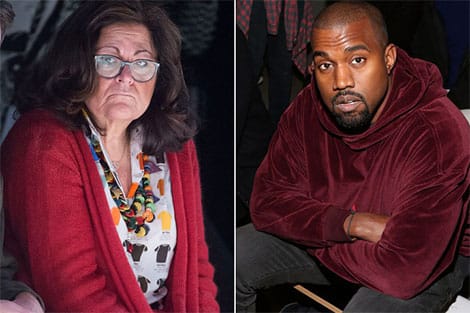 Kanye West penned a letter to Fashion Week Creator, Fern Mallis. Know why? Because, Fern Mallis said in a recent interview that, she’s “not a fan of Kanye’s music, attitude and style”.

“I’m kind of over Kanye…I mean, I’m not a fan of his music, and the attitude and his agenda is not my style.”

“I just want you to understand that attempting to do clothing has been very difficult and I have encountered countless amounts of bigotry along the way. I have millions of ideas and I represent a new generation just trying to express themselves in a broken world. I don’t call myself a designer as I was not allowed to go to Saint Martins because I was too famous by the time I realized I wanted to design. Fame is often looked down upon in the design world, so it’s actually been something I had to overcome. All we have are our dreams, and you can step on our dreams and ideas all you want, but we won’t stop fighting. We want to innovate and we will win someday. If you wanna have a drink with me, book a table at the spotted pig when I’m back in NY.”