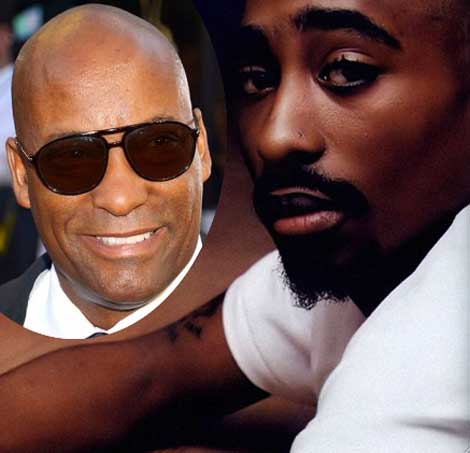 “Tupac was the guy who I planned to do a lifetime of films with. His passing deeply affected my life as well as countless people in this world. His life story is as important to my generation.” -John Singleton

John Singleton has landed the film project he’s had his heart on years: Morgan Creek’s untitled Tupac Shakur biopic. Sources say Singleton “has closed a deal to rewrite, direct and produce the biopic.” No word yet on who will play Tupac.. but reports reveal “Singleton will soon dive into rewriting the script, with hopes of beginning production sometime this June.”

Here’s the word from Variety:

“Singleton had once been linked to the project, but the deal fell through and the film has been in limbo ever since. James G. Robinson and David Robinson, along with Program Pictures’ L.T. Hutton, are also producing the pic.

The film’s long history also includes a legal battle between Morgan Creek and Shakur’s mother, Afeni, over the rights that eventually led to a settlement and Afeni becoming an exec producer on the project. ”Training Day” director Antoine Fuqua attached himself after Singleton’s original flirtation, but bowed out after he couldn’t get the right script in place or find a lead (Morgan Creek tried an open casting, but that didn’t pan out).

Morgan Creek announced that the film was greenlit and would start filming this spring at the American Film Market in November.

Singleton looks to be an ideal choice to capture Shakur on film, due to the relationship the two shared after working together on “Poetic Justice.” He has grown close with the Shakur family since the rapper’s death.”